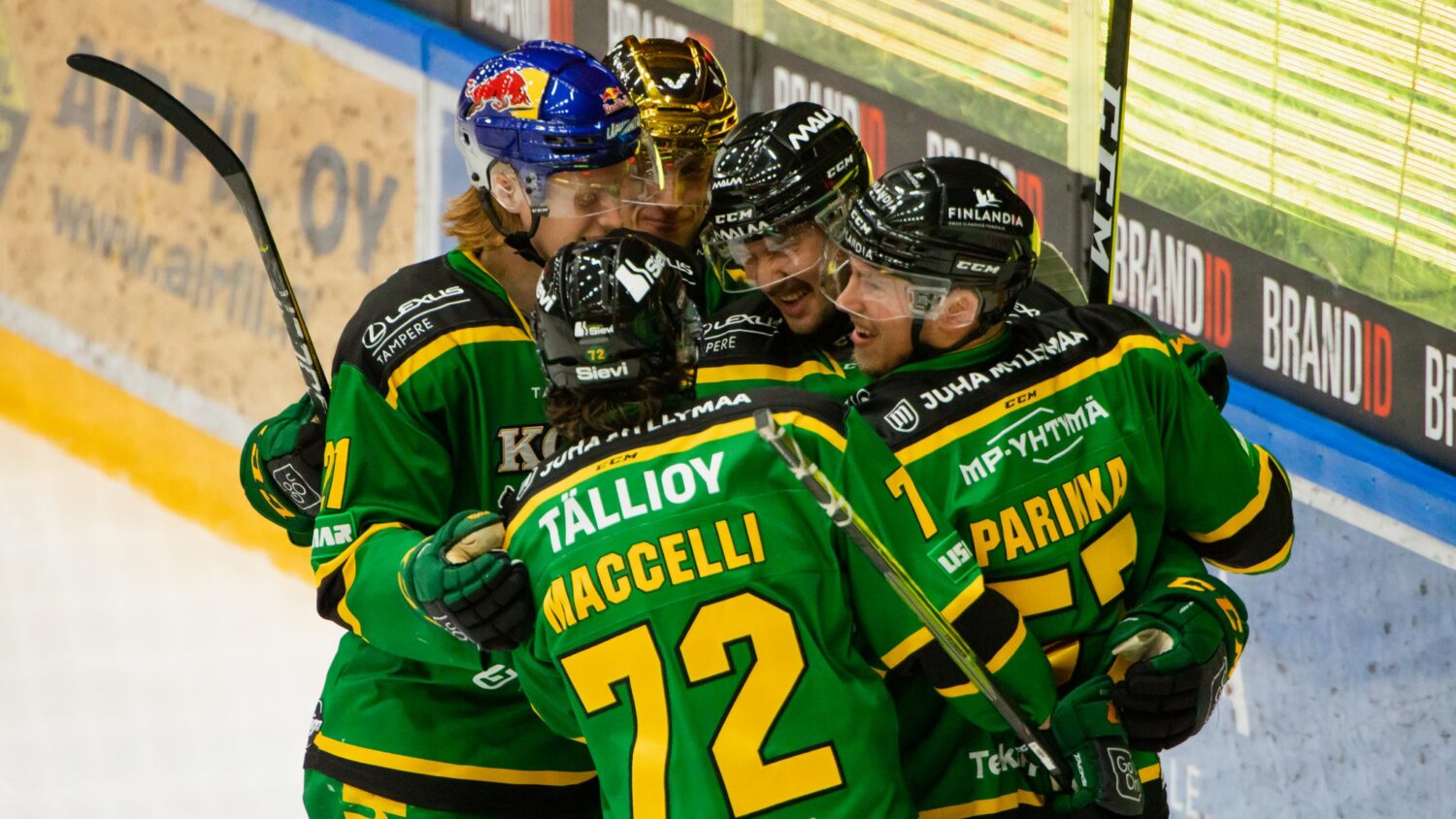 Ilves beat their local rival Tappara with the score of 5–2 in their first matchup of the season. Arttu Ruotsalainen’s two goals and the reliable Lukas Dostal in the net guaranteed the full three points for Ilves.

The score fest of the first period was Ilves’ to lose

The start of the game was explosive, and both fan stands got to cheer. Ilves started the score fest by stealing Teemu Suhonen’s weak opening pass. Ilves turned it in to a counterattack and pierced Tappara’s defense with two passes, after which it was Panu Mieho’s job to put the puck into the net.

The home team Ilves didn’t get to celebrate for long, however. Tappara won the face-off after the goal and commenced a swift attack. Olavi Vauhkonen shot and, although he missed the net, the puck bounced straight to Sami Moilanen’s stick. The 21-year-old forward then shot the puck past Lukas Dostal who had lost sight of it.

Tappara could keep the score even for only a few minutes. Ilves planned a fast attack and caught Tappara’s defense napping. Kalle Maalahti’s brilliant pass reached Eetu Päkkilä, who then got face-to-face with Tappara goalie Dominik Hrachovina. The Czech goalie overplayed Päkkilä’s side of the goal, so Päkkilä had an easy time to circle around him and find the empty net. Now Ilves was in the lead 2–1, and the numbers remained going into the intermission.

Ilves dominated the first period even though Tappara had some scoring chances. Charles Bertrand got closest to evening up the score when he hit the post on the powerplay. Otherwise the home team held the blue-and-orange squad in check.

Tappara struggles to keep up with Ilves

Ilves continued their first period dominance in the second as well, and Tappara could only occasionally fight back. Already during the opening seconds, Ilves had a chance to increase their lead to two when Arttu Ruotsalainen attempted a one-timer from Ville Meskanen’s pass. This time Hrachovina drew the longest straw and denied the try.

Ilves got an energy boost halfway through the period. They pressured for a long time and were rewarded for it as Ruotsalainen got his revenge on Hrachovina. Juuso Välimäki, the player wearing the scoring leader’s gold helmet, gave a powerful pass to Ruotsalainen from the blueline, and the Tappara goalie had no chance against Ruotsalainen’s high-quality deflection.

Tappara seemed agitated after the 3–1 goal. Jukka Peltola got close to a 3–2 goal, but his shot from a perfect spot didn’t get past Dostal. Only a moment later the puck trickled in behind the Ilves goalie, but it didn’t cross the goal line.

Tappara puts on a final spurt but to no avail

In the third, Tappara finally took the driver’s seat because Ilves stopped forechecking and focused on defending their lead. During the first ten minutes, Tappara had several great shot attempts, but Dostal easily ruined all these screenless attempts.

Tappara’s Patrik Virta tried especially hard for a goal, but so did the home team. Teemu Lepaus had the best try after the halfway mark of the period: his shot attempt came after an odd-man attack, but Hrachovina was on time and blocked the low shot.

Tappara’s chase suffered a setback when Bertrand made a hit worthy of a penalty. During Ilves’ attack, Hrachovina stretched in front of the puck twice, but Roby Järventie’s shot from a rebound was too much for him. The youngster’s third goal of the season increased the bobcats’ lead to 4–1 with more than six minutes to play.

The visiting team pursued a goal and even pulled their goalie four minutes before the end. Ilves played well for two minutes and made Tappara’s, and especially Virta’s, attempts fall through. However, Valtteri Kemiläinen finally quenched Tappara’s thirst for a goal. The defenseman’s shot ricocheted from an Ilves player’s stick and over Dostal’s blocker into the net.

When Ilves’ Jarkko Parikka received a penalty, the situation looked bad for Ilves. But Tappara’s efforts weren’t rewarded, and Ilves got to celebrate their fifth goal. Ruotsalainen’s second of the night didn’t even reach the back of the net, but it was accepted as Tappara stopped him illegally on the way to the empty net. And so Ilves took their second win of the week and the first win of the season’s derbies.

Ilves’ next game is against Sport in Hakametsä on Saturday. Tappara has a few days’ rest and will travel to Mikkeli on Wednesday to play against Jukurit.

Ilves wants all nine points available from this week’s games! On Saturday, October 24th, at 5 PM, they play against Sport in Hakametsä arena. Welcome! 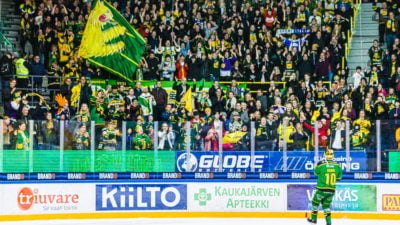 Fans’ reaction after the victory over Lukko: “This is the kind of game we wanted to see”

After Ilves’ 3-2 home win against Lukko, this group of friends gladly shared their thoughts about the game: What are your impressions of the game... 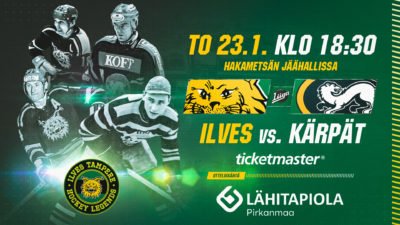 Ilves Hockey Legends – honorees at the game Ilves vs. Kärpät

On Thursday, the 23rd of January, right before the game against the season’s leading team Kärpät, several Ilves legends were celebrated in Hakametsä as they... 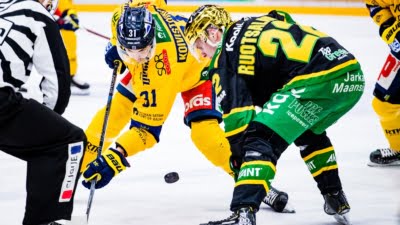 Ilves vs. Lukko: The Switch

Splashes of black, green, yellow and blue. These were the colors that painted the stands as we awaited the Ilves vs. Lukko match. This was...