Ilves moves on to the next round! 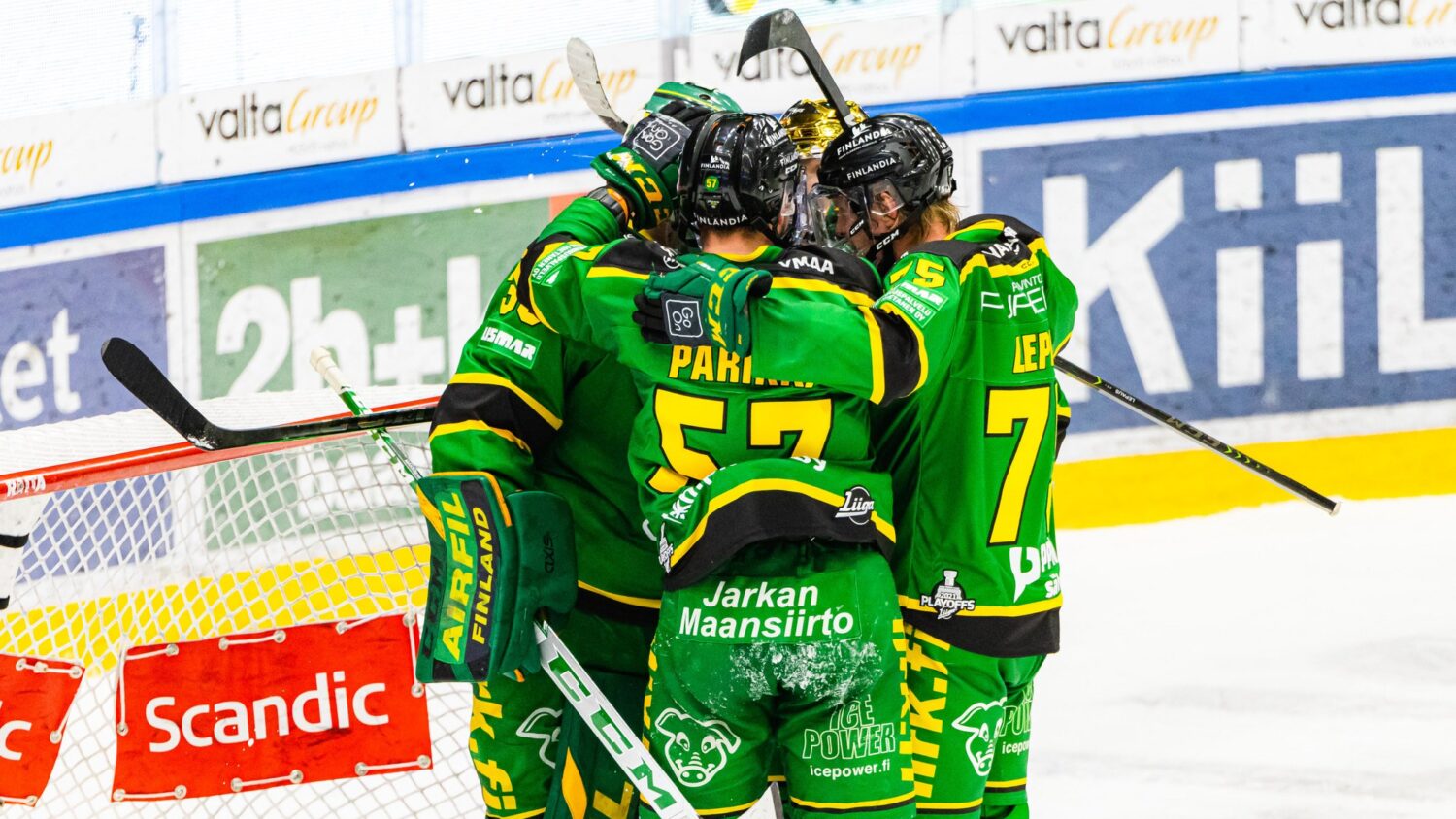 Today was the second game of the two-game series between Ilves and KooKoo. Ilves won the first match yesterday 1–4, so a win today or even a loss by less than three goals would propel Ilves to the next round. The game was immensely exciting. Ilves lost 2–3, but those two goals ensured that Ilves move to the quarterfinals.

Ilves controlled the previous game, but KooKoo came in strong into this one. They had puck control early on, and Ilves had to prioritize defense. Ilves took a penalty eight minutes in, and KooKoo opened the scoring right after with Kasperi Ojantakanen’s important goal.
For the next several minutes the game slowed down a little, and the teams were waiting for someone to strike. No more goals were scored in the period, but the teams remained energetic and competitive throughout. Eetu Mäkiniemi made eleven saves in the first period, while KooKoo’s Oskari Salminen made zero, which tells a lot about KooKoo’s drive.

The second period looked better for Ilves. A few shots on goal and a powerplay and Ilves looked like they were back on track. However, Salminen in KooKoo’s goal played well and fended off Ilves’ attacks.
Unfortunately, KooKoo scored again: Christian Thomas scored the 0–2 goal at 28:09. Immediately after that KooKoo got a penalty shot and Thomas scored again. Suddenly the game was 0–3 and the combined goals of the series were 4–4. Ilves was in trouble.
Ilves had another powerplay and played well during it, but it didn’t amount to any goals. The atmosphere was tense now that Ilves was struggling and KooKoo was on top of their game. Ilves had to drag themselves through a penalty kill in the last minutes, but luckily the dangerous KooKoo didn’t score any more.

The start of the third period was chaotic: Ilves lost pucks, which KooKoo turned into swift attacks and bombarded Mäkiniemi’s net. Ilves finally got a grip of themselves when Matias Myttynen scored Ilves’ first at 45:16! He put a beautiful backhand past Salminen after a good team effort from Ilves.
Tempers started properly flaring after the goal when Ilves got a penalty and KooKoo two. No goals during the powerplay, but Eemeli Suomi struck right after it! From Mieho’s pass, he scored on one knee right at the doorstep. You could feel the relief in the players who went to celebrate the goal. The score was now 2–3.
KooKoo pulled their goalie and tried everything but time ran out. Even though Ilves lost this game 2–3, the combined goals were 6–4 in Ilves’ favor. And so Ilves moves on to the next round and will face Lukko next week.