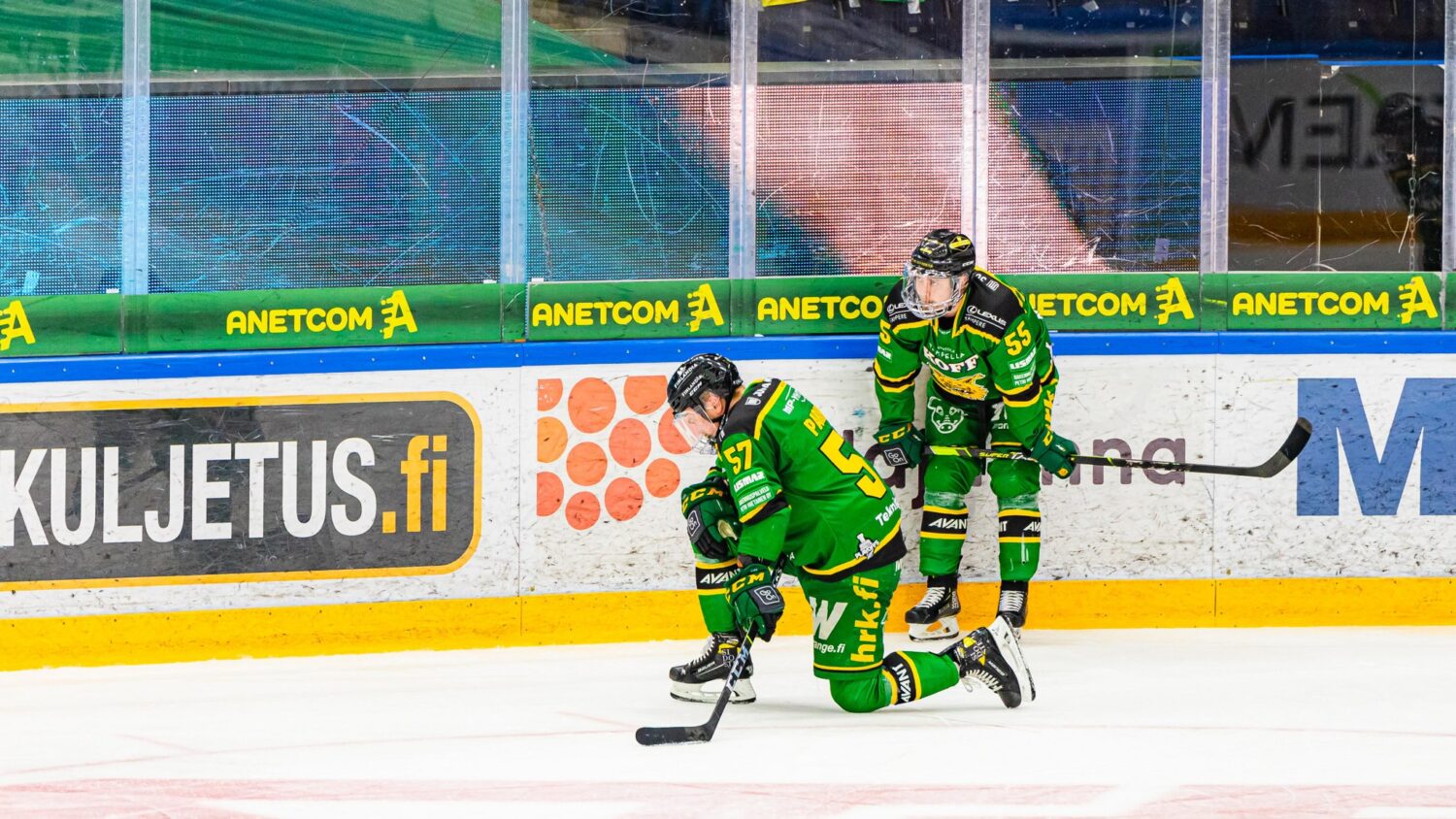 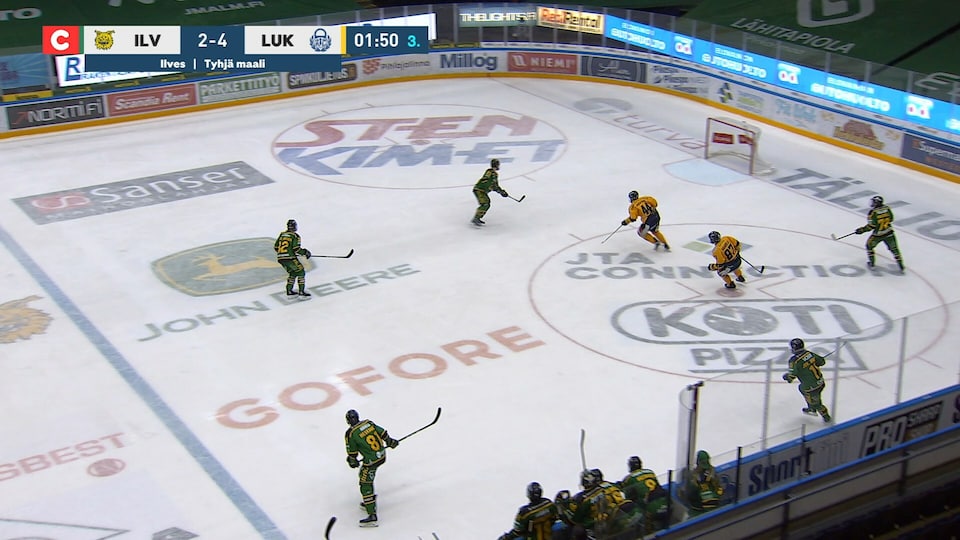 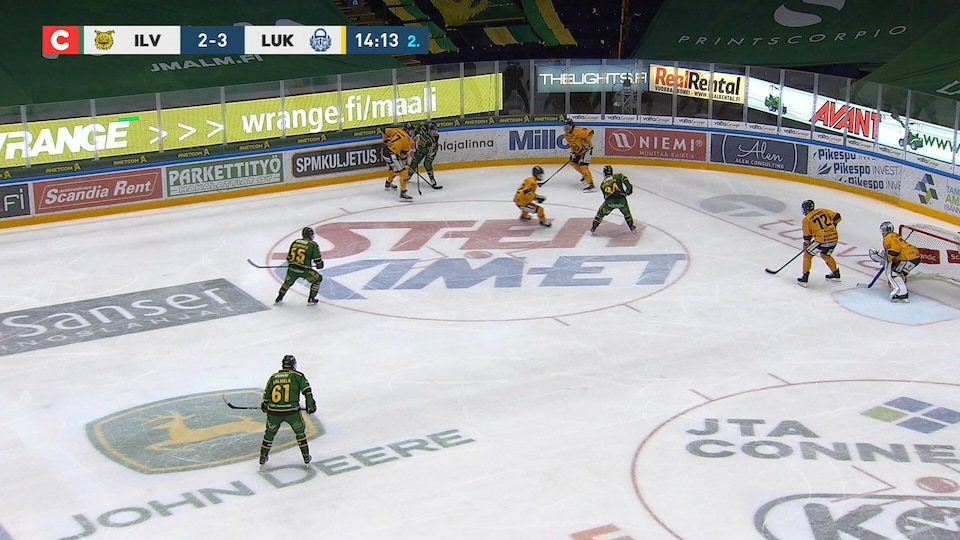 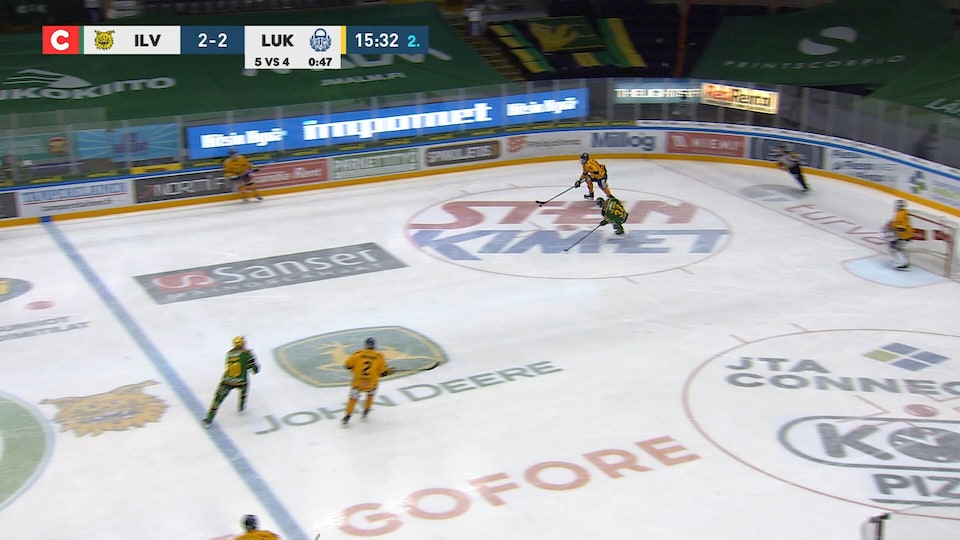 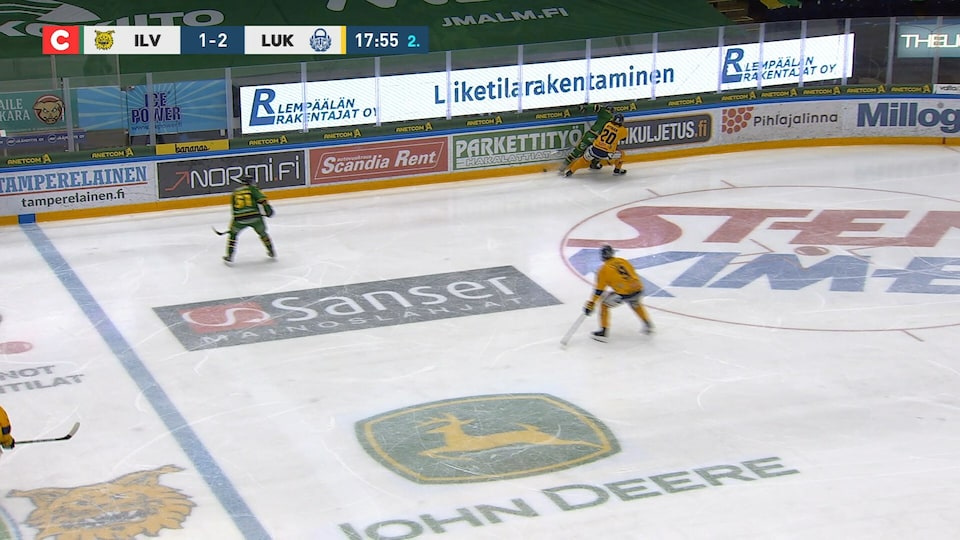 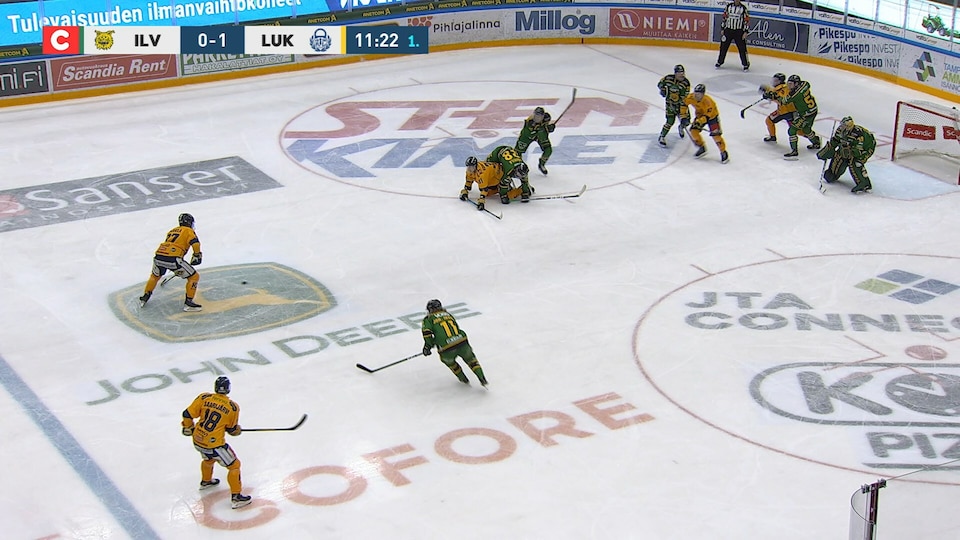 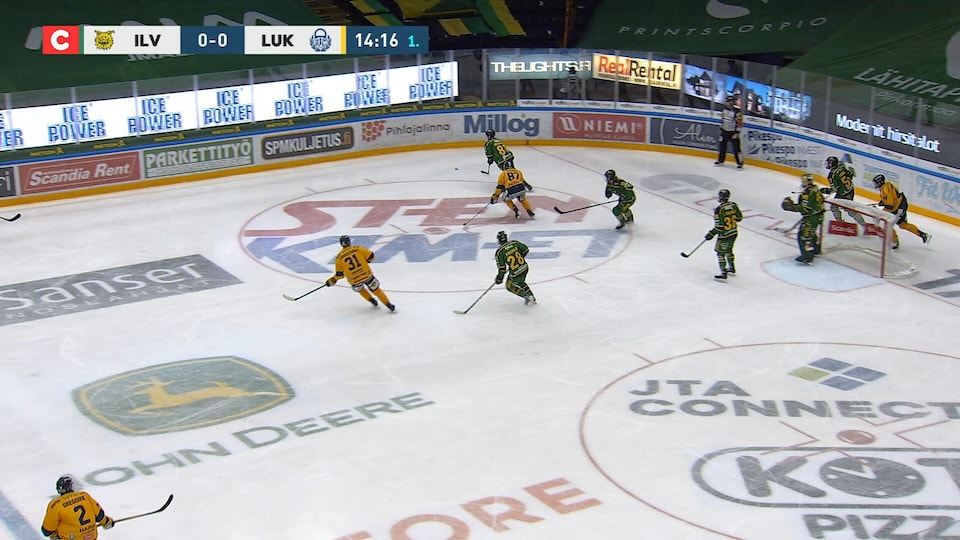 Lukko handed Ilves its third loss in a row and this resulted an end to Ilves’ season. Ilves was down by two goals after the first period but tied the game at the beginning of second period. Matias Maccelli and Matias Myttynen were responsible for Ilves’ goals and Eetu Mäkiniemi made 28 saves.

As the game started, it was obvious that both teams knew what was on the line. Unforced errors were minimalized, and nothing was given free to the opponent. However, it was Lukko that opened the scoring at 05.51. Thomas Gregoire’s shot got deflected by Eetu Koivistoinen right in front of Eetu Mäkiniemi and the goalie had no chance to stop the puck.
Lukko increased its lead at 8.47 and gave Ilves so called cold shower quite early. Aleksi Saarela’s shot got deflected yet again and the puck went over the goal line. Despite being down 0-2, Ilves played well and had scoring chances of their own, for example a powerplay opportunity at the beginning of the game. After the first period Ilves had to face the cruel fact that the clock was ticking and they need a victory tonight. Having said that Ilves needed to be more efficient on the offensive zone and capitalize scoring opportunities as Lukko did not grant them easily.

Four goals but Ilves was still down by two goals

Ilves got what they needed right at the beginning of second period. Ilves’ second unit showed their offensive capabilities when Roby Järventie deked Lukko’s defensemen, shot a tough shot towards Lassi Lehtinen and the rebound was collected by Matias Maccelli. Maccelli faced an empty net and had an easy job to score Ilves’ first goal of the evening at 21.23.
50 seconds later Ilves tied the game. Matias Myttynen was patient with the puck and circled around Lukko’s goalie. When Lehtinen was out of his position, Myttynen faced a nearly empty net and Ilves made a quick comeback. This comeback did not last too long, however. Teemu Väyrynen got a minor for slashing and Lukko’s dangerous powerplay managed to score visitor’s third goal of the game. Suddenly, it was a 2-3 game.

Lukko doubled its lead a bit later at 25.55. Kristian Pospisil had a breakaway and the forward shot a hard slapshot from point blank range that passed Mäkiniemi’s blocker. The rest of the period went by fairly quicky. Ilves was still down by two goals and now they would have only 20 minutes to at least tie the game. Mäkiniemi made 14 saves in the second period and Lukko’s Lehtinen eight.

Ilves’ season comes to an end

Although Ilves played decently since the start from the third period, they could not get the result they were looking for. Whenever Ilves got a proper attack and a scoring attempt, there was at least one player wearing yellow jersey between the puck and goal making sure that the shot was blocked. Ilves also had a couple chances on powerplay but neither powerplay was able to score a goal that Ilves desperately needed.

Jouko Myrrä took a timeout couple of minutes before the end of regulation. At the same time, Ilves added an extra attacker. Despite having an extra skater on the ice, Ilves did not manage to add enough pressure in Lukko’s defensive zone. Moreover, Lukko scored an empty netter, and the end result was 2-5. This also ended Ilves’ season as Lukko won all three games and advanced into the next stage of playoffs.