Setting the rhythm in a packed stadium 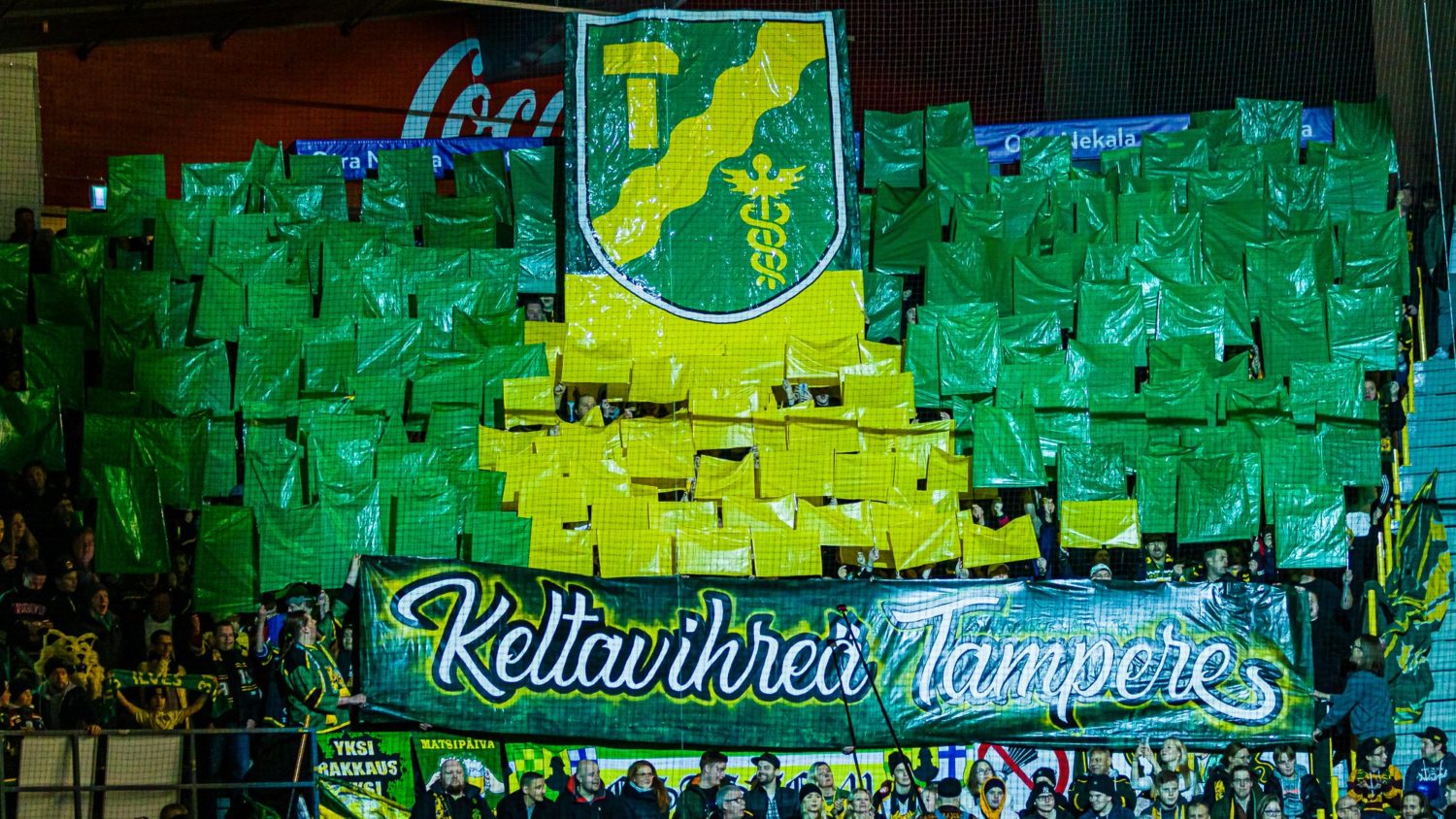 Hakametsä was completely sold out when Ilves encountered Tappara at the last home derby and you can imagine that the atmosphere in the stadium was accordingly intense. Right from the beginning I felt connected to the event which gave me an experience I could not get by watching the game on television at home.

Most people would certainly not associate music with ice hockey, yet I believe that it is a crucial part of every game because it has a strong influence on how we ultimately experience the whole event as spectators.

During a game like this, there is so much going on on the playing field, the terraces and the screens above, that it is sometimes even difficult to concentrate on the game. Luckily, interruptions, goals and significant actions in the match are always marked by loud dance or rock music which brings your attention back to the match. A few seconds of Stop The Rock, Eye Of The Tiger or Bring Me The Horizon are enough to captivate the audience and animate everybody to clap.

But then a foul, the referee sends players from both teams off the ice and the audience gets outraged – in such a moment the music has hardly a chance to stimulate the mood in the stadium.

Much more powerful than the music from the speakers are the cheers and chants from the fans in one specific corner. These guys are showing incredible support for Ilves and you can hear them constantly singing and drumming throughout the match.

In rare moments during the Ilves – Tappara game I could hear the Tappara supporters from the other side of the stadium, but Ilves fans quickly drowned them out again. This energy and passion created an urge in me to jump to my feet and clap and cheer like the other fans. After hearing the same chants over and over again, I am even able to understand some fragments by now, but I still wish I could fully join in and immerse myself completely in their world.

What this match especially showed me is that creating an atmosphere is not only about generating as much noise as possible. Most importantly it is about transferring the energy from the playing field to the spectators on the terraces – and vice versa. I believe that the music and the cheers and chants have a crucial influence on the variation and intensity of moods during a game – it is the fans who are setting the rhythm.