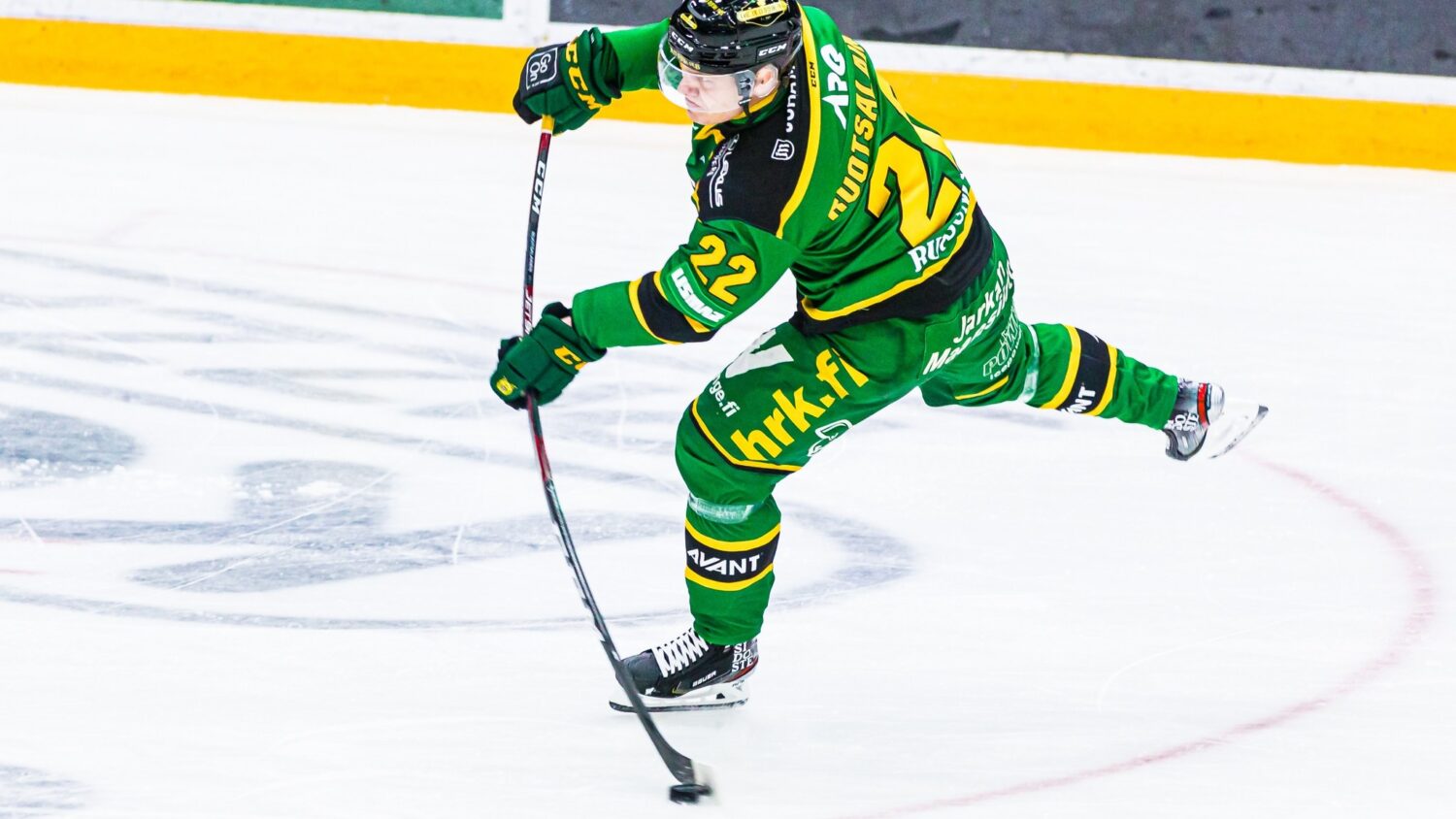 Three full points from Jyväskylä for Ilves with the score of 2-6. With the total points of 2+2 Arttu Ruotsalainen was the king of the match and arised on top of the League´s player statistics.

A great start for Ilves in the first period

It was a fast start for Ilves after Alex Lintuniemi receiving a two minutes penalty for hooking. Ilves´ Roby Järventie hit the post for the first time right after the powerplay (at 2:35) and it was now 0-1 for Ilves.

After Ilves´ Teemu Lepaus having received a two-minutes penalty at 6:27, JYP had a strong and dangerous powerplay leading, however, to no greater success for the home team. Ilves survived shorthanded without any losses.

Generally, Ilves was dominating the game and created a number of well-established scoring opportunities. However, that finishing touch was somwehat lacking. Despite the Ilves´ pressure, JYP´s Robert Rooba tied the game at 1-1 after receiving a pass from Severi Lahtinen.

At the very end of the first period, Ilves increased their lead to 1-2 when the puck bounced off Mikko Kalteva´s skate and trickled in behind the JYP goalie. The goal was marked for Arttu Ruotsalainen for whom it was already the eight goal this season.

JYP got an energy boost already from the very beginning of the second period. They even played themselves on a 4-on-1 situtation at the end of which Ilves Lukas Dostal quite easily denied the scoring attempt by Alex Lintuniemi.

At 22:58 JYP´s Roni Allen was penalized for high-sticking. These were fast and eventful two minutes during which JYP got a few very dangerous scoring opportunies while playing shorthanded. While it wasn´ a really succesfull powerplay for Ilves, they can also be happy to have survived without any setbacks to .

However, at 26:30, after a great pressure play by Ilves, the puck bounced from the Ville Meskanen´s skate straight into the net behind the JYP goalie. It was now 1-3 for Ilves. An assist was attributed to Arttu Ruotsalainen.

At 31:33 Ilves increased their lead already to 1-4 when Matias Maccelli´s sharp and exact wrist shot hit the target. Two assists were marked both for Lassi Thomson and Tuomas Salmela.

After only a short moment, the puck was very close to cross the Ilves´ goal line when, after a moment of a hustle and bustle in front of the Ilves´ net, Dostal catched an immense save. The whole situation was analyzed through a video replay, however, the puck never hit the target. No further goals for JYP at this point.

At 36:14 JYP´s Jarkko Immonen was sent to the penalty box. Again, a weak powerplay for Ilves and JYP managed to score shorthanded. Samuel Helenius hit the net at 36:57 and the game was now 2-4. Ilves then pulled themselves together, however, no powerplay goals achieved by Ilves.

The score was 2-4 after the second period.

Compared to the first and second, the third period was somewhat disjointed and was lacking those serious scoring opportunities.

Ilves´ Panu Mieho received a penalty at 52:41 and it was now a chance for JYP to put on a final spur. Antti Saarela had a great role on the penalty kill and he was actively playing the puck out of the Ilves´ defence zone.

Right at the end of Mieho´s penalty (at 54:49), he together with Arttu Ruotsalainen co-operated another goal for Ilves and the score was now 2-5 for Ilves.

At 58:17 JYP called a time-out at the end of which their goalie Markus Ruusu was removed from the game. JYP indeed stirred up some great pressure there at their attacking zone. At 58:59 Juuso Välimäki was sent to a penalty box and JYP got a 6-on-4 advantage.

However, Ilves stole the puck and the captain Eemeli Suomi passed it to Arttu Ruotsalainen who then scored to an empty net. After ten matches the total number of goals plus assists is 9+3 for Arttu Ruotsalainen. This means that he will be the holder of the Golden Helmet on Friday when Ilves will be hosting Vaasan Sport in Hakametsä.