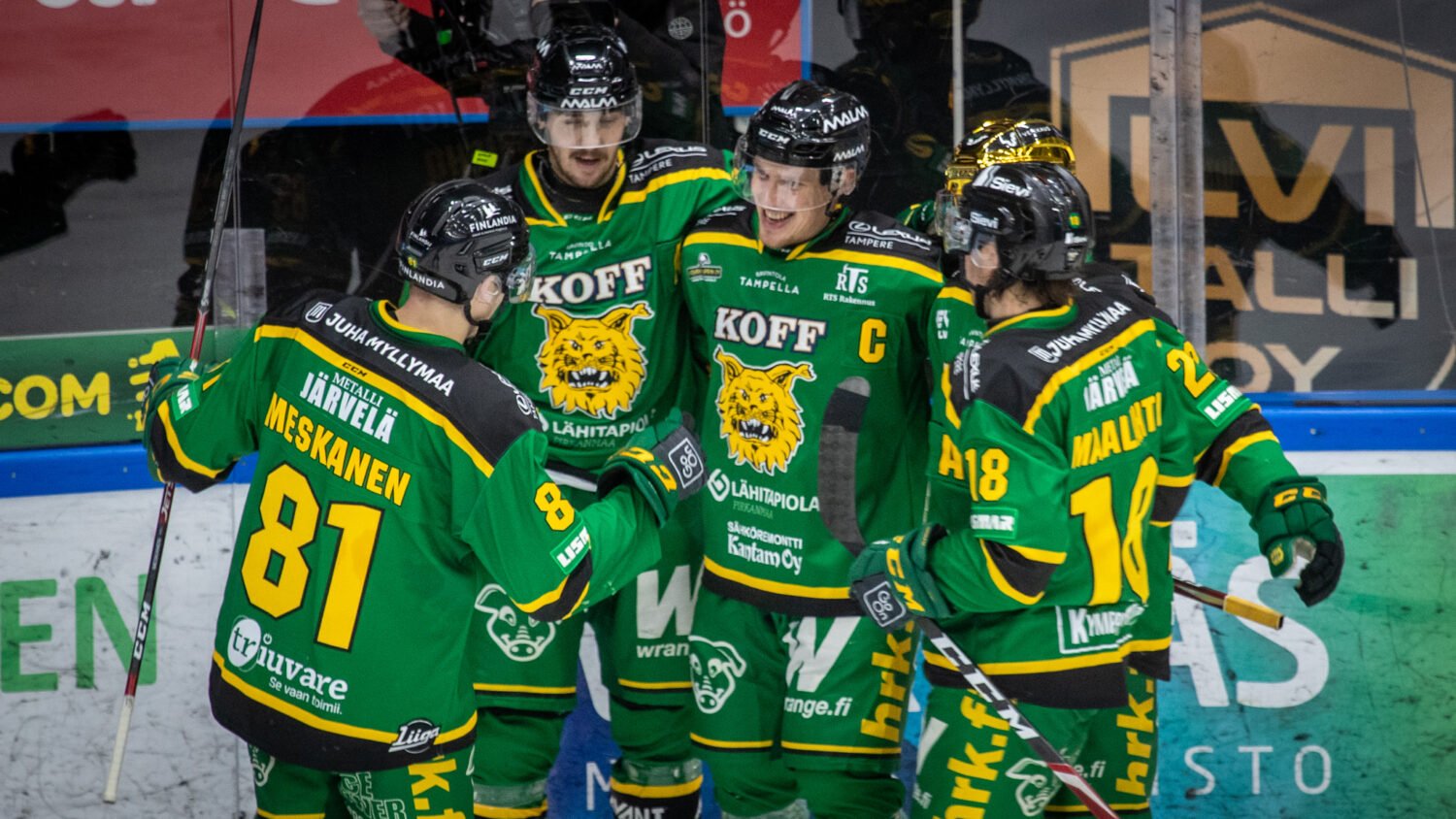 Ilves continued their unbeaten row by smashing KooKoo 6-1. All six goals were scored by different players. Barrett Hayton had good game and he notched two assists.

Ilves came ready to the match and after 2:23 it was already 2-0 for us. First youngster Antti Saarela with nice wristshot and then Jarkko Parikka with fierce slapshot. It all looked so easy for us. KooKoo came back to the game minutes later when Aleksi Ainali managed to beat Eetu Mäkiniemi from the rebound.

At the final minutes of first period, Ilves had two powerplay opportunities and that ment only one thing – Barrett Hayton made a nice assist and Joose Antonen deflected the puck in! 3-1 only 54 seconds left in the clock.

KooKoo had too many players on the ice right at the start of second period and Ilves used their chanse. All the five players touched the puck and it was a joy to watch Roby Järventie end it with quick wrister 4-1 at 21:22.

Ilves controlled the whole period and got another powerplay goal. Captain Eemeli Suomi scored 5-1 and KooKoo changed their netminder from Viktor Brättstrom to Oskari Salminen.

Ilves had many good chanses but Salminen played well and it was four goal margin going to final period.

At the third period game was not all one end. At Ilves goal Eetu Mäkiniemi had more work and he showed his talent. Overall 31 saves and only one goal conseded, Final score 6-1 was scored by Panu Mieho who had assist from Joona Koppanen.