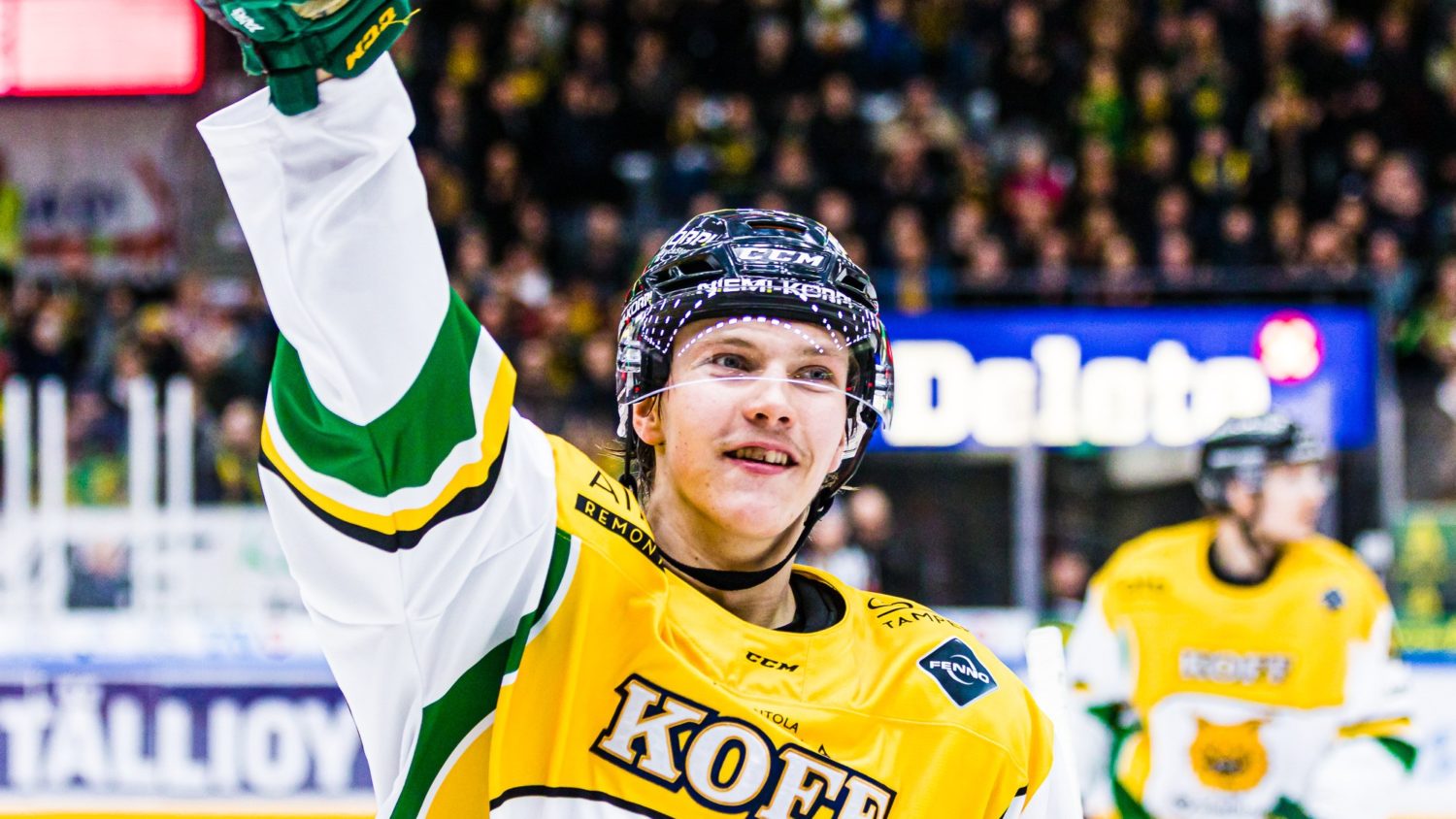 During the 90’s theme night against SaiPa, Hakametsä counted 6420 spectators. Among them, I met two visitors from Germany who had never seen a live match before, and who were eager to give me an interview about their impressions.

How did it come that you watched the match in the arena tonight?

– We are currently spending our holidays in Finland and when we heard that Ilves will have a match in Tampere, we decided to go. We just arrived in Tampere yesterday, so the match against SaiPa fitted perfectly in our schedule and also the 90’s theme seemed interesting to see.

Are you following the German ice hockey league, and have you ever watched a live game before?

– We are from the South of Germany and our local team are the Schwenninger Wild Wings, but ice hockey is not a very popular sport in Germany. Sometimes we check the ranking of the German league, but we never bought tickets to a game. We are in fact following Ilves on social media for some time and tonight was the first time we attended a live game in an arena.

I see you even got an Ilves cap and gloves, but what made you support this particular team?

– Our Finnish friends are big Ilves fans and they told us a lot about this team. They also got us the cap, gloves and a hat for Christmas. We are really happy that we finally had the chance to watch a live game and see the players in action!

How did you experience the atmosphere in the arena tonight?

– The atmosphere in the stadium was amazing and the players were in peak form. You can really see that ice hockey is an important sport in Finland; the fans are so intensive! One thing I want to point out is that everyone in the arena was super friendly and respectful, the fans are very passionate and loud, but there was no aggression. In my opinion, this is really rare in most sports nowadays.

What do you think about the Ilves team after seeing them live for the first time?

– It was fun to watch the game because the players are very skillful and have a great team spirit. Even when the pressure was rising, they managed to stay calm and concentrated. They always seemed superior in what they did on the ice and we loved to see them fighting to the end, even when it was clear that they were going to win! Especially the goalkeeper left us with a lasting impression because we thought that he would be replaced after one of SaiPa’s players crashed into him, but then he stayed on the ice to the end of the game.

Now the most important question: would you come back again to watch another Ilves game?

– Absolutely! We will probably visit Finland again next year, but don’t have any concrete plans yet. In case we come again during the ice hockey season we will definitely try to get tickets to one of Ilves’ games!