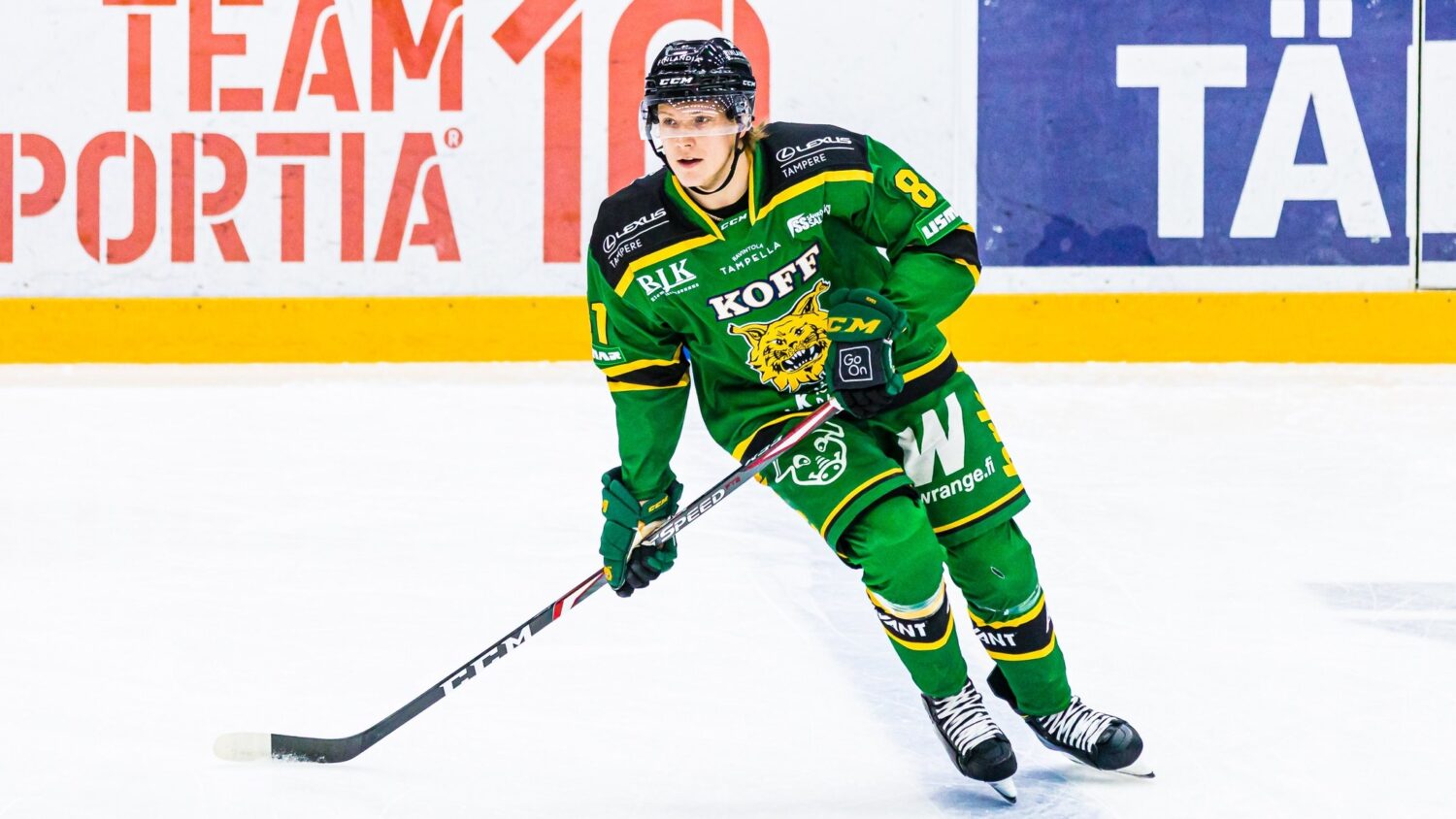 Vaakainen hit the net already at the very beginning

The first period. It started fast being that the sharpness of the game was somewhat lacking. After the first commercial break Ilves got a few excellent scoring opportunities. Joose Antonen hit the goal post after which Juuso Välimäki got his own chance for scoring. Next, Roby Järventie passed the puck to Matias Maccelli, who did not, however, succeed in capitalizing.

After the sustained pressure Ilves applied at it´s attacking zone, SaiPa made use of a one mistake leading Urho Vaakanainen (a player on loan from the North America) to capitalize for the first time within this game at 14:11. Thanks to this goal the home team got the upper hand of the game. After only a short moment Santeri Hatakka was sent to a penalty box for holding. After a minute of this penalty, SaiPa goalie Niclas Westerholm received a penalty for interference. Ville Meskanen had the best scoring opportunity during Ilves´ power play which, however, Westerholm blocked successfully.

It was a difficult second period for Ilves

Ilves started the second period with only four players on the rink since Eemeli Suomi had received a two minutes penalty at the very end of the first period.  Luckily enough, Ilves succeeded in defending its goal while playing short-handed. Unfortunately, Ville Meskanen had to break Jaakko Lantta at the breakaway situation leading to a penalty shot for SaiPa. Lantta´s sharp wrist shot hit the net and it was now 2-0 for the home team. At 25:04 SaiPa scored again, this time Elmeri Kaksonen. At this point, Ilves´ head coach decided to make use of a time-out.

The rest of the period was covered with penalties. SaiPa´s Veikko Loimaranta as well as Ilves´ Juuso Välimäki both received two minutes. Moreover, Ilves´ Kalle Maalahti got 2+10. SaiPa capitalized during it´s power play and the home team increased its the lead already to 4-0.

Ilves had its moments during the final period

In the final period Ilves got back on the right track, on the track we have used to seen Ilves during this season. It started great. Joose Antonen had an excellent scoring opportunity which, however, Westerholm blocked. Next, Roby Järventie got a great opportunity on a breakaway but Westerholm stood on the way again.

At 47:41 Mario Grman received a penalty for tripping and Ilves got a power play opportunity. While Barrett Hayton hit the goal post, after only a short moment, Matias Maccelli passed the puck to Joose Antonen who scored his ninth goal this season and took the numbers to 4-1 at 49:13. During the last minutes, Ilves dominated the game with a 6-on-4. Thanks to this pressure, Ville Meskanen succeeded in capitalizing only a minute before the end. Two assists were recorded, one for Matias Maccelli and the other for Juuso Välimäki. Final result, SaiPa 4 – Ilves 2.