Oskari Laaksonen signs an entry-level contract with the Buffalo Sabres 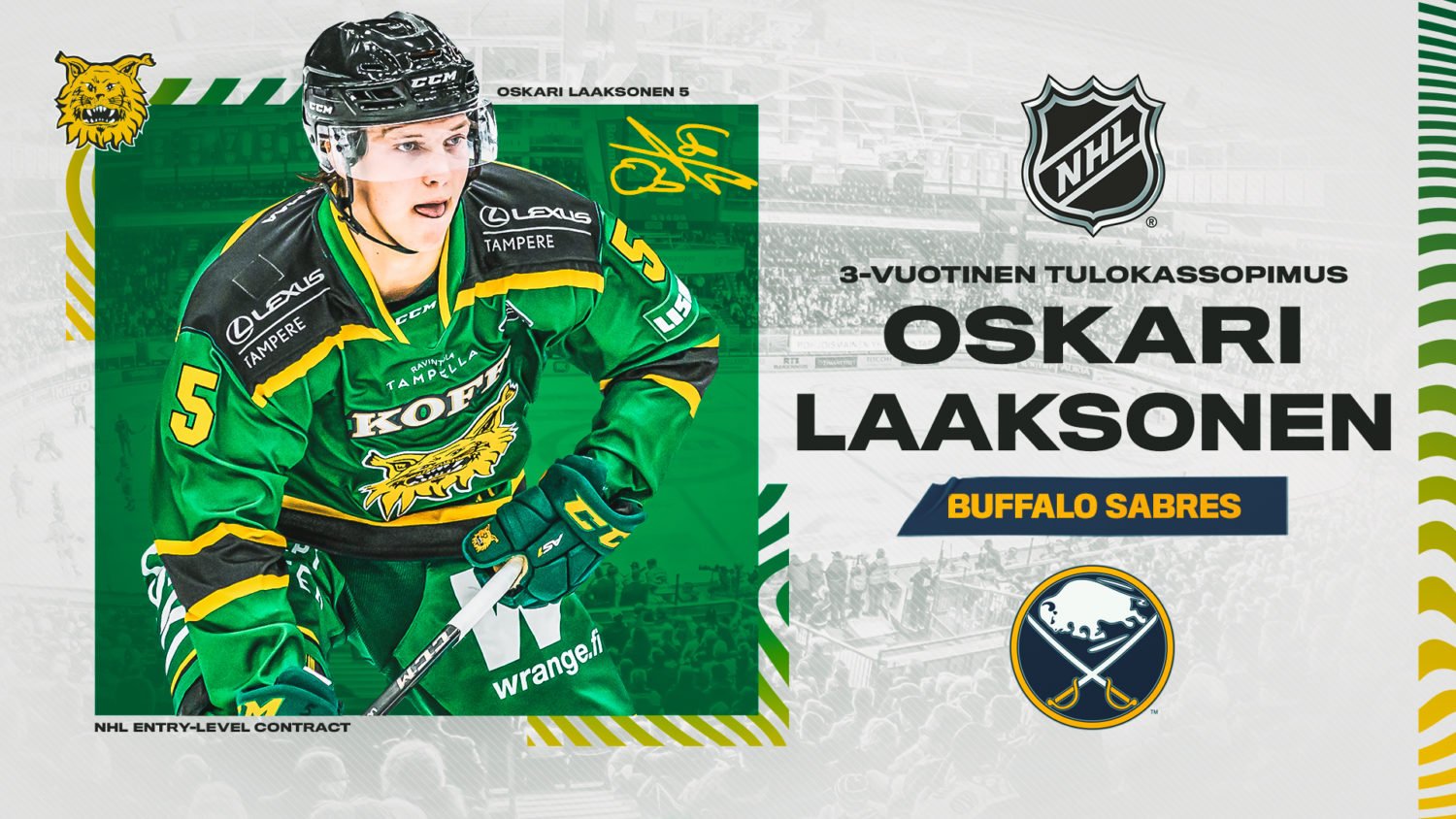 Ilves’ homegrown player Oskari Laaksonen has made his first NHL contract as the Buffalo Sabres signed the 20-year-old defenseman. The entry-level contract is three years in length.

Laaksonen played his first games with Ilves’ first team in 2017-2018 season. Having played three years in Liiga, the defenseman has recorded five goals and 35 assists in 113 regular season games. He also has an assist in four post-season games.

Laaksonen scored two goals and recorded 10 assists in 46 games this season. In 2018-2019 Laaksonen played 46 regular season games with Ilves and produced 24 points (three goals, 21 assists). He was also a part of the u20 Finnish national team that won the world championship and made his first appearance with the Finnish national team. Laaksonen was selected in the third round of the 2017 NHL entry draft at No. 89 overall.

– My current goal is to secure a spot in the NHL roster, and I feel very good having signed the contract. It’s great that Buffalo sees potential in me and gives a chance to play there, says Laaksonen.

Laaksonen would like to thank the entire organization. The defenseman has gone through Ilves’ player development path and finds the club’s future bright.

– I’ve had great years ever since I began my journey with Ilves. This is a great place for a young player to develop. The team has had faith in me, and I’ve been given an opportunity to play with my strengths, says Laaksonen.

– I find the club’s future very good. The organization has developed continuously and is moving into a new arena shortly. Ilves has the opportunity to secure a spot as one of the top teams in Liiga and grow into an European top team.

Laaksonen is also grateful for the support and cheers throughout the years given by Ilves community.

– A huge thanks to Ilves family for these years and hopefully I’ll have the chance to play here again someday. It truly has been great to play in front of home crowd in Hakametsä and wear the yellow and green jersey.

– Congratulations to Oskari for signing his first NHL contract. As an organization, we are obviously very pleased with his development here in Ilves. He adds to a list of young players who have taken big steps in our franchise towards every hockey player’s dream, which is playing in the NHL. We wish all the best to Oskari as he heads towards North America – the entire Ilves family is going to follow his journey closely, says Koskela.

We have signed defenseman Oskari Laaksonen to a three-year, entry-level contract.

Lukáš Dostál stays at Ilves with an open-ended loan agreement

Ilves signed an open-ended loan agreement with the NHL´s Anaheim Ducks. In accordance with the agreement Lukáš Dostál, 20, will start the season 2020/21 in...

Ilves and the Buffalo Sabres have agreed on terms regarding Arttu Ruotsalainen’s contract. The 22-year-old forward continues with Ilves with an open-ended loan agreement.  ...