Fantastic Ilves fans and where to find them 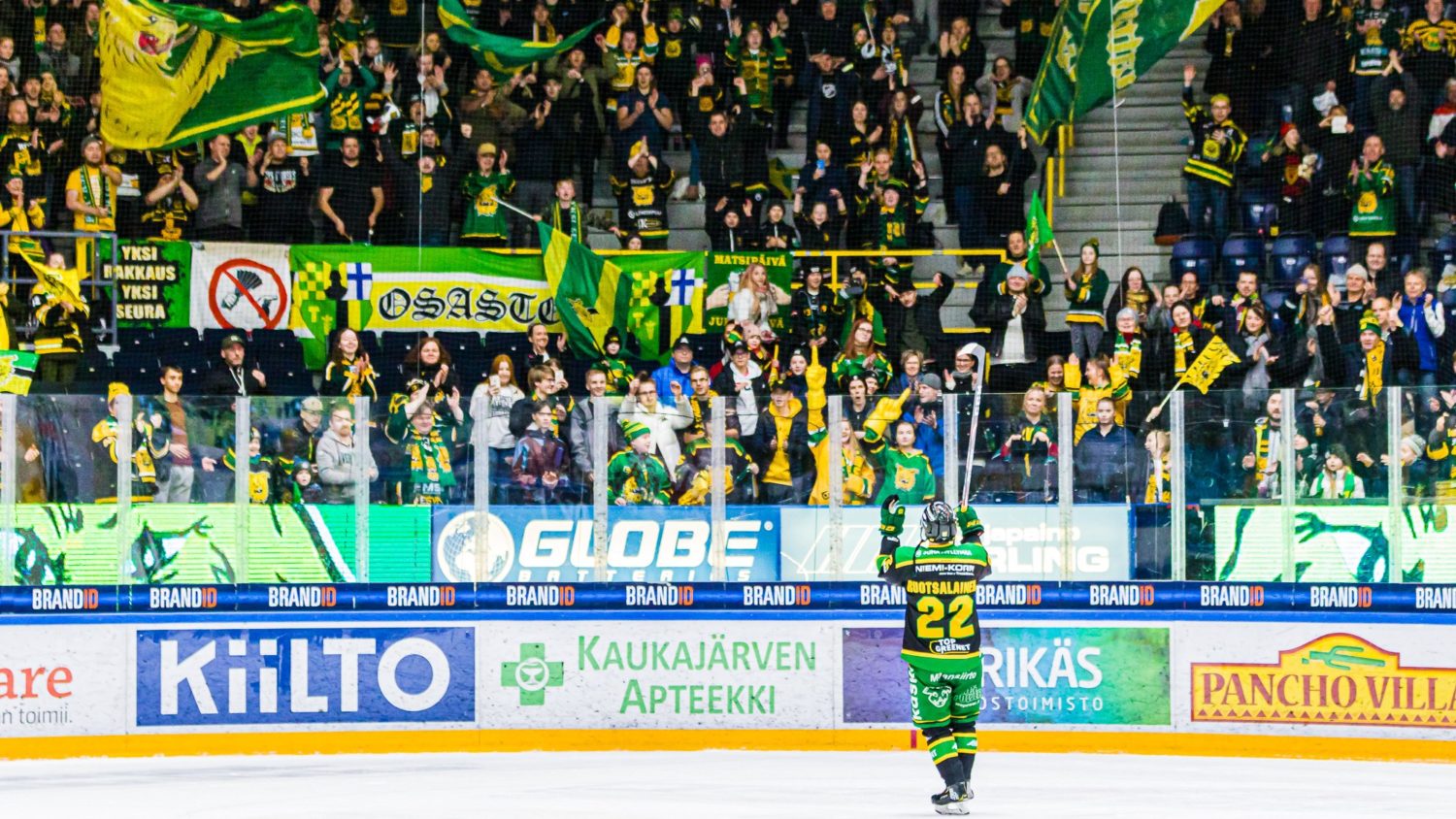 Ilves won tonight’s game 2–1 with a go-ahead goal late in third period. The match had an active crowd of almost 6000 people. The crowd gave great reactions to missed penalty calls, fights, and goals during the game. To celebrate the win in the spirit of Valentine’s Day or Ystävänpäivä (the Friends Day in English) I had a look at the different types of fans of the Ilves family that you can find in the stands of Hakametsä.

The fans on the more casual side dress in everyday black winter clothes, although most of them wear green or yellow scarves or sometimes jerseys, too. This part of the crowd is usually quieter and reacts strongly only to goals, missed chances, and fights, but regardless, they have a good time. The rows of people behind the nets are often slightly more colorful in attire: they sport jerseys and banners. They actively participate in the chants and let out huge roars of joy when Ilves scores. Maybe it’s the close proximity to the Ilves fan section or the fact that you can see the scoring chances and goals up close and therefore you get to be the first on your feet celebrating. The Ilves fan section is where it’s at. They are covered in green and yellow and keep the chants going constantly. If you want to feel the excitement, go and stand in this section or sit close by.

While watching tonight’s game I also noticed this small group of people who have yellow foam fingers and, not scared of their arms getting tired, wave their arms in synchronization to whatever beat they can find, such as a song or a chant. Or, just to signal the referee that the goal should be allowed by pointing to the middle of the ice repeatedly. I spotted several little kids in the crowd with their little Ilves flags. The sight is just so adorable. A boy chanted “Ilves, Ilves” for a long time with a high and clear voice which definitely helped the players as they took the momentum back in the third period.

A large group of exchange students from Italy were also attending the game and upon appearing on the jumbotron they waved to the crowd and expressed their disagreement with some of the calls on the ice. They seemed to have a super fun time. The fans of the visiting team are usually scarce in the crowd, but tonight you could spot the busload of KooKoo aficionados in the fan section for the visiting team as well as some brave souls sporting orange and black amongst the Ilves crowd.

In the end, it doesn’t matter what kind of a fan you are (well, maybe it matters if you are a fan of the visiting team) because when Ilves’ victory is just seconds away, everyone gets on their feet and joins in a final rhythmic clap. The fan section leads the chant through the post-game celebrations all the way to Lukáš Dostál’s fun goalie celebration. Never change, Ilves family.