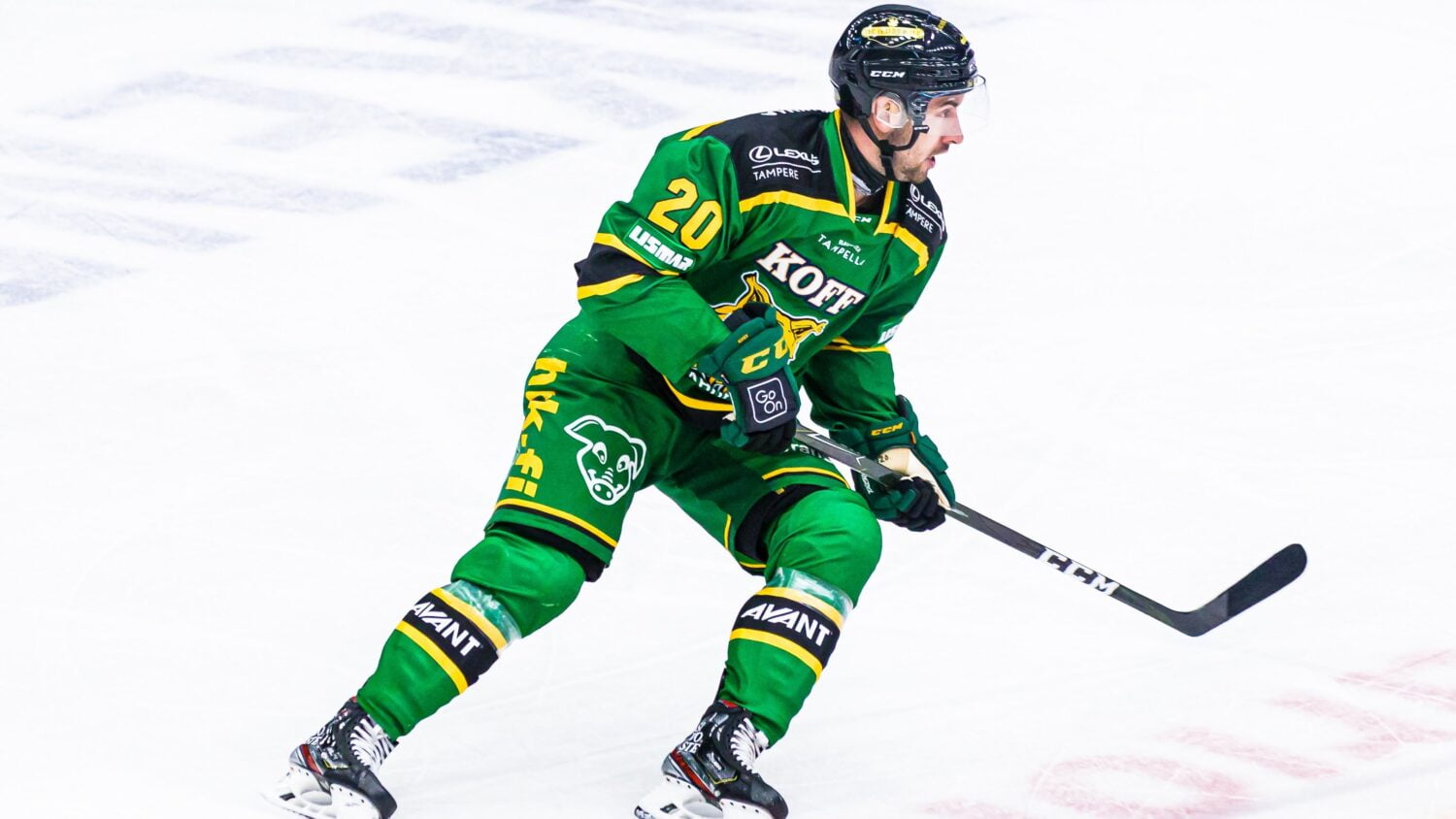 Moving away to a foreign country to chase a dream isn’t always easy. It sometimes takes team support, and family, to make it better. This is the story of Ondrej Roman, his hockey journey and his experience so far in Finland.

Ondrej Roman is from Ostrava, Czech Republic. The population is approximately 250 000 people, similar to Tampere, so Roman stated that moving to Tampere wasn’t that big of a change. He arrived here around the end of summer 2020. At first it was tough because he had to be away from his family. He is married and together, they have a 3-year-old daughter. I sensed that he is a family man and this resonated as he spoke about his childhood.

He reminisces about how his love for hockey flourished from the young age of 4. His father played hockey, as well as his grandfather. So it came naturally to Roman to pick up the sport. However, hockey wasn’t his only sport growing up. He was also into tennis and football. Roman was actually just as good in tennis as he is in hockey, and had the opportunity to play professional in both, but he had to choose between the two. Luckily, he chose hockey.

With big ambitions, at age 17, Roman moved to Washington state in USA to play in the WHL with the Spokane Chiefs for 3 years. His best memories from that time were when they won the WHL Championship and the Memorial Cup. This momentum continued as he was drafted by the Dallas Stars for NHL.

After 3 years, he returned to play for his original team, HC Vitkovice, with even a year-run in Russia before incurring injuries that halted it. While playing for his national team, he experienced Finland for the first time to compete for the Karjala Cup. He recalls winning against Finland for the Channel 1 Cup in overtime in 2017, which was held in Tampere. This may have kindled his love for Tampere.

Roman is now a part of the Ilves family and we are very happy to have him! When asked about his initial experience in Tampere, he said that it has been a nice and easy transition as the team has supported him in many ways. ‘The parks are nice to walk here. The lakes are also really nice. And it is actually the first time that I have had an apartment with a sauna! It’s nice to relax there with a beer’, exclaims Ondrej. As for the team, he gushes that there are young players who are super talented and it is quite a change for Roman. He says that it is great to be part of a winning team.

For those who want to become a winning hockey player, or any dream for that matter, Roman advises to work hard, believe in yourself and just have love for the game, enjoy it and have fun. Roman reflects on the current COVID-19 situation and he says that it’s been really harsh. To the fans, Roman hopes that things will change soon so we can crack the house full. He wants to see that sea of green and yellow in the ring. In soon time!