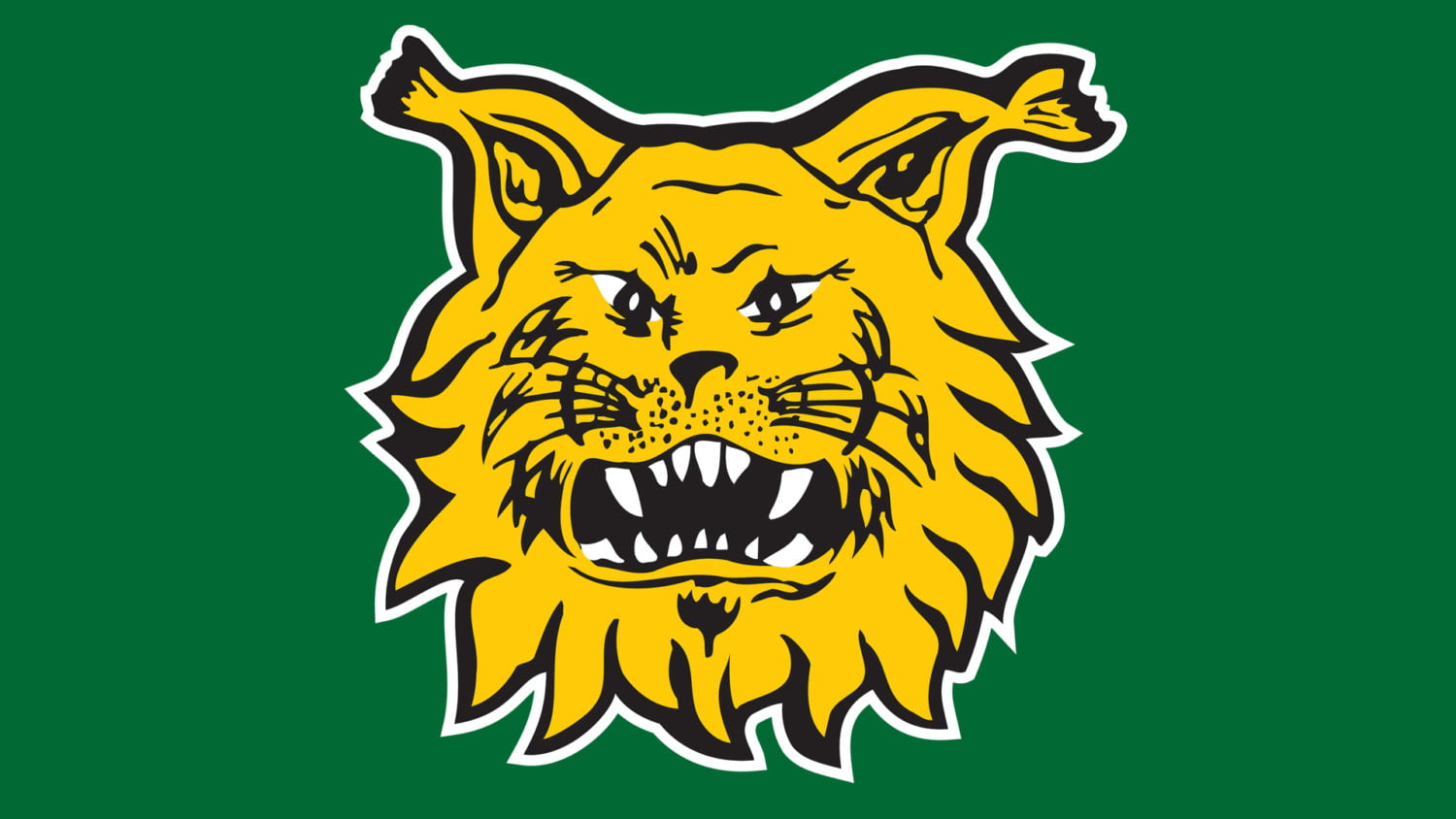 Marko Ojanen arrives to Ilves from Tappara where he began his career as a coach of the C-juniors (season 08-09). Ojanen was also an assistant coach for nine years in Tappara’s first team. During that time span Tappara reached silver four times and gold for once in Liiga. In season 2016-2017 Ojanen worked as a sports coordinator in Tappara’s junior operations. In addition, he has been an assistant coach of the Finnish junior national team and the video coach of the Finnish national team in 2015-2017. As a hockey player Ojanen has played altogether 763 games in Liiga, achieved bronze medal in world championship tournament with the u-20 national team and one gold and two silver medals in Liiga.

– We know Marko Ojanen’s work ethic well. Marko has gained a lot of experience as an assistant coach and has clear strengths in that position. He has developed and coached many Finnish players during his spare time, too. Marko was our number one option for this position, and we are very pleased with the fact that we got the person we initially wanted, says Ilves’ sports manager Timo Koskela.

Pasi Saarinen steps into the first team’s coaching staff straight from the B-juniors where he was the head coach. He began his coaching career as an assistant coach in Lempäälän Kisa in 2012-2013 season. He then moved to Nokian Pyry where he was the head coach. Saarinen’s last season with Pyry was 2014-2015. After that, he was a part of Ilves’ A-junior’s coaching staff where he won A-juniors’ national championship. Having worked as an assistant coach for three seasons with the A-juniors, Saarinen continued his career as the head coach of the B-juniors for two seasons. Saarinen has played himself 538 games in Liiga reaching the championship once in addition to one silver and one bronze medal.

– Pasi Saarinen brings his own talent to first team’s coaching staff. It’s great that we have created a sort of a coaching path that leads eventually to the top level, comments Koskela.

– The coaching staff of our first team is now complete, which is great. Every coach has their own strengths and they form a solid team where individuals complement each other.

The coaching staff of the A-juniors

Ilves’ A-juniors’ head coach for the next two seasons will be Miikka Kuusela, 43, whose contract was published in December. The rest of the coaching staff consists of Juha Selin, 41, Tomi Pettinen, 42, and goalie coach Roope Antila, 26. Each contract is one year in length and Pettinen’s contract includes a one-year option as well.

Juha Selin has worked as Miikka Kuusela’s assistant coach in LeKi and in KooVee. Having played in the NHL earlier, Tomi Pettinen has been the head coach of Ilves’ C-juniors for the last five seasons. Roope Antila has been the goalie coach of the B-juniors.

– We are pleased with the coaching staff of A-juniors as well since each coach has their own strengths. The group has top-level experience regarding both coaching and player point of view, states Koskela.

187 centimeters tall and weighing in at 90 kilos, Taavi Vartiainen comes to Ilves from Pelicans, Lahti. The left-handed forward reached Pelicans’ top team in 2014-2015 season. Vartiainen has played 271 games in Liiga and has recorded 53 points (20+33). Last season he recorded six assists in 42 games and the season before that 19 points in 58 games.

– We wanted to add size and strength to our offense. We managed to get Taavi Vartiainen who has a tough attitude and is a team player. He is capable of killing penalties and blocking shots as well, comments Timo Koskela.

20 years old forward Joni Ikonen arrives to Ilves from KalPa, Kuopio. Despite his young age, Ikonen has played abroad for two seasons as well. Ikonen, who got his first hockey experiences in Espoo, represented Swedish club Frölunda HC in 2015-2017 seasons. During his time in Sweden Ikonen won the u-18 national championship and reached silver as well. Having produced impressive amount of points in Frölunda’s junior teams, Ikonen also recorded 10 games in the Swedish top league and three CHL games with Frölunda’s first team. By the age of 17 he had already made his debut in adult’s league and had attained silver with the Finnish u-18 national team in world championship tournament in 2016-2017 season. On the top of that Ikonen won the CHL championship with Frölunda. He is a prospect of the Montreal Canadiens as he was drafted 58th overall at the 2017 NHL entry draft.

Ikonen was loaned to KalPa by Frölunda in 2017-2018 season. He recorded four goals and 14 points in 52 Liiga games and three points in four CHL games. In addition, Ikonen collected two points in five games with the u-20 national team in world championship tournament. The promising forward continued his career with KalPa for the next two seasons. In recent years, he has suffered a few injuries. At the beginning of 2018-2019 season Ikonen was injured and as a result he played only 13 games and recorded five goals and 10 points. The right-handed center was forced to skip the entire last season as he suffered an injury in pre-season.

– We found Joni Ikonen being the most interesting available promising Finnish center and we are very happy with his decision. Joni has the potential to be part of Liiga’s elite players and proceed to even bigger leagues later in his career. He was ready to make an impact last year, but the unfortunate injury was a sort of a setback. We know that we got a player who is able to step into the ice in every situation and make his line mates better. We will be extremely patient with him and we want to give him time to adjust himself to new environment after a long break, says Koskela.

19-year-old defenseman Santeri Airola has played his entire career so far with Imatran Ketterä and SaiPa where he made his debut two seasons ago. The right-handed defenseman is 187 centimeters tall and weighs in at 74 kilos. Last season, Airola played two Liiga games with SaiPa and 26 Mestis games recording 11 assists with Imatran Ketterä. Airola has also played 13 games with the Finnish u-20 national team during the last two seasons. He is a prospect of the Pittsburgh Penguins as he was drafted 211th overall at the 2019 NHL entry draft.

– We see big potential with Santeri Airola who moves extremely well on the ice both with and without the puck. He has suffered a few injuries and that has affected his development but it’s all about physical abilities. We are happy that he is committed with Ilves for long period of time which gives us plenty of opportunities to develop him, comments Koskela.

Furthermore, Ilves has made a 2+1 contract with its own junior, Karri Aho. The 17-year old, left-handed defenseman spent most of the last season with A-juniors where he scored two goals and recorded 14 points in 47 games. Aho represented Ilves’ collaboration team, KooVee, in eight Mestis games where he scored a goal and recorded five points. He has also played eight games with the u-18 national team and has recorded three assists. Aho is 186 centimeters tall and weighs in at 81 kilos.

– Karri Aho developed a lot during the last season and showed that he is capable of playing with adults as he played a few games in Mestis, too. The 2+1 contract gives both the player and us time and opportunities to develop him. Karri has potential to be a strong two-way defenseman and his game will develop enormously as his physique gets better over time, analyzes Koskela.

Goaltender Joonas Valtonen, 17, and forwards Joona Korhonen, 17, Jakub Kos, 16, and Jani Nyman, 15, will be part of Ilves in the upcoming season as well. They’ll play with Ilves’ A-juniors.

– It’s great that we have such a high potential among our own juniors. As a club we want to support their development and give them an opportunity to play with the first team immediately once they earn it, says Koskela.

Having represented KooVee for most of the last season, the option concerning the upcoming season that was included in forward Erik Ahopelto’s contract, will not be used. Topias Haapanen’s contract has been annulled in mutual understanding. Haapanen was loaned to Ässät for the remaining of the last season. Ilves thanks their homegrown players and wishes them all the best for the future.

We will hear about Robert Leino’s situation later

– We are very pleased with our current contract situation. We are still surveying player markets but not actively looking for new players. During these exceptional circumstances we also need to follow global health and economical situation because they have an effect on the actions of sports clubs and building the player rosters, states Koskela.

– Robert Leino played a terrific season with us and his location concerning the upcoming season becomes clear during spring and summer. He has an option [in his contract] to play abroad under given conditions but it is possible that he continues his career with Ilves. 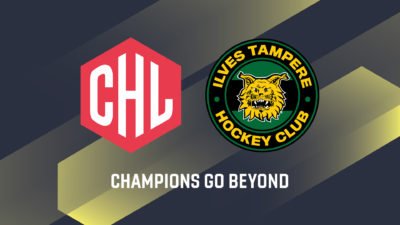 Due to the uncertainty caused by the ongoing coronavirus (COVID-19) pandemic and the related travel restrictions currently in place for movement between European countries, the... 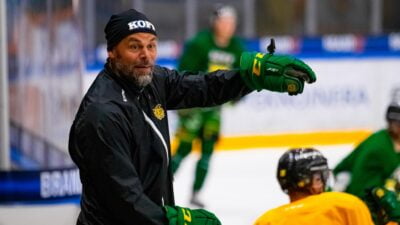 Jouko Myrrä, the head coach of Ilves, had his spirits up in the interview after Wednesday’s on-ice training. He is optimistic about the ongoing 3v3... 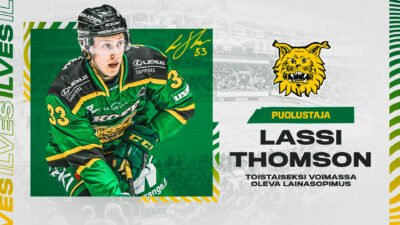 The Ottawa Senators and Ilves have agreed on terms regarding Lassi Thomson’s contract. The 19-year-old defenseman, who made an entry-level NHL contract a year ago,... 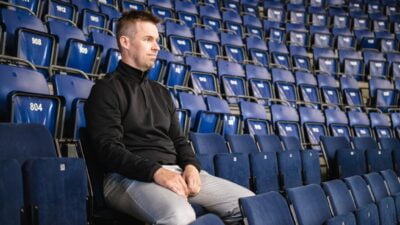 Timo Koskela, the Sports Director of Ilves, is excited about Ilves’ return to play this week after a long break. The team will play two... 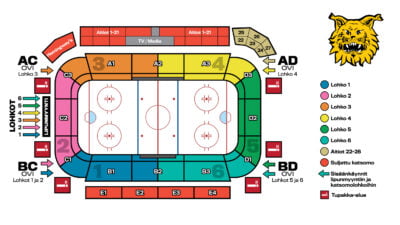