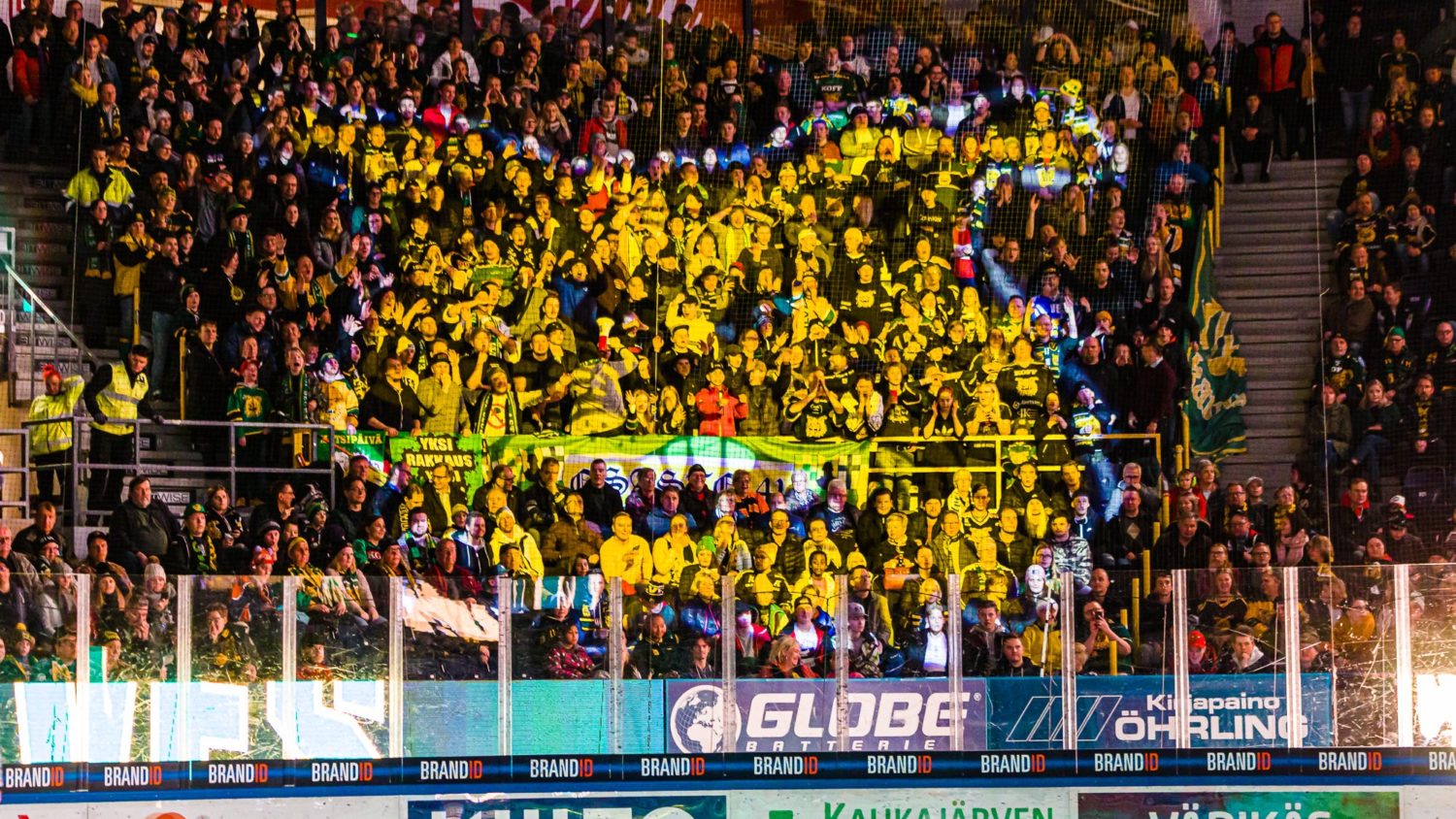 What is a sports team without its fans? What is an Ilves game without its FanStand? The Ilves FanStand is certainly hard to miss. They are the loudest section of the arena. With their pounding drums, massive flags and enthusiastic voices, they are the beating heart of the energy in the sports hall. I had the opportunity to speak to a few diehard fans from this section to learn more about the story behind the powerful noise.

When you go to an Ilves game, you immediately notice the fan corner — they will mesmerize you with the colorful waves of the black, green and yellow flags. Not to mention the catchy chants and memorable songs! The songs carry a long history with the Ilves family and it dates all the way back to Ilves football origins. The fans start learning these songs at a very young age. One of the fans mentioned that he has been a part of the FanStand ever since he was the age of 4. Youth is an active part of the group. Towards the front of the stand, there is usually a group of young people waving the large flags with huge smiles on their faces. It is exciting to be an important element of such team spirit!

I met Tommi, the standing “leader” of the FanStand. When this was mentioned, he immediately discarded the term ‘leader’ and said, ‘No, this is not a one-person show. It is about the group. It is about the atmosphere. It is about the team.’ The resources such as the instruments and flags are stored at Hakametsä Ice Stadium. At every game, Tommi and a few other fans bring them to the FanStand. They tape some of the flags on the front of the barricades, while the gigantic flags are flown on poles. There are a few designated drummers, just in case one gets sick.

When the fans were asked about the challenges of being a part of the FanStand, they mentioned that ‘sometimes it is hard when we may not be winning and we begin to become silent. But then we get back to it and do what we do best — bring the noise!’ The most favorite part about the FanStand is the energetic environment and constantly being surrounded by the loud noise. The feeling is incomparable and worth every second of yelling.

These fans travel all over the nation to support the Ilves team. It is not known that they receive any incentives – but I believe that it’s time they get recognized for their efforts. Thank you Ilves FanStand, and all Ilves fans alike, for bringing the powerful noise and immense support at each and every game. We thank you! Ilves Ikuisesti!