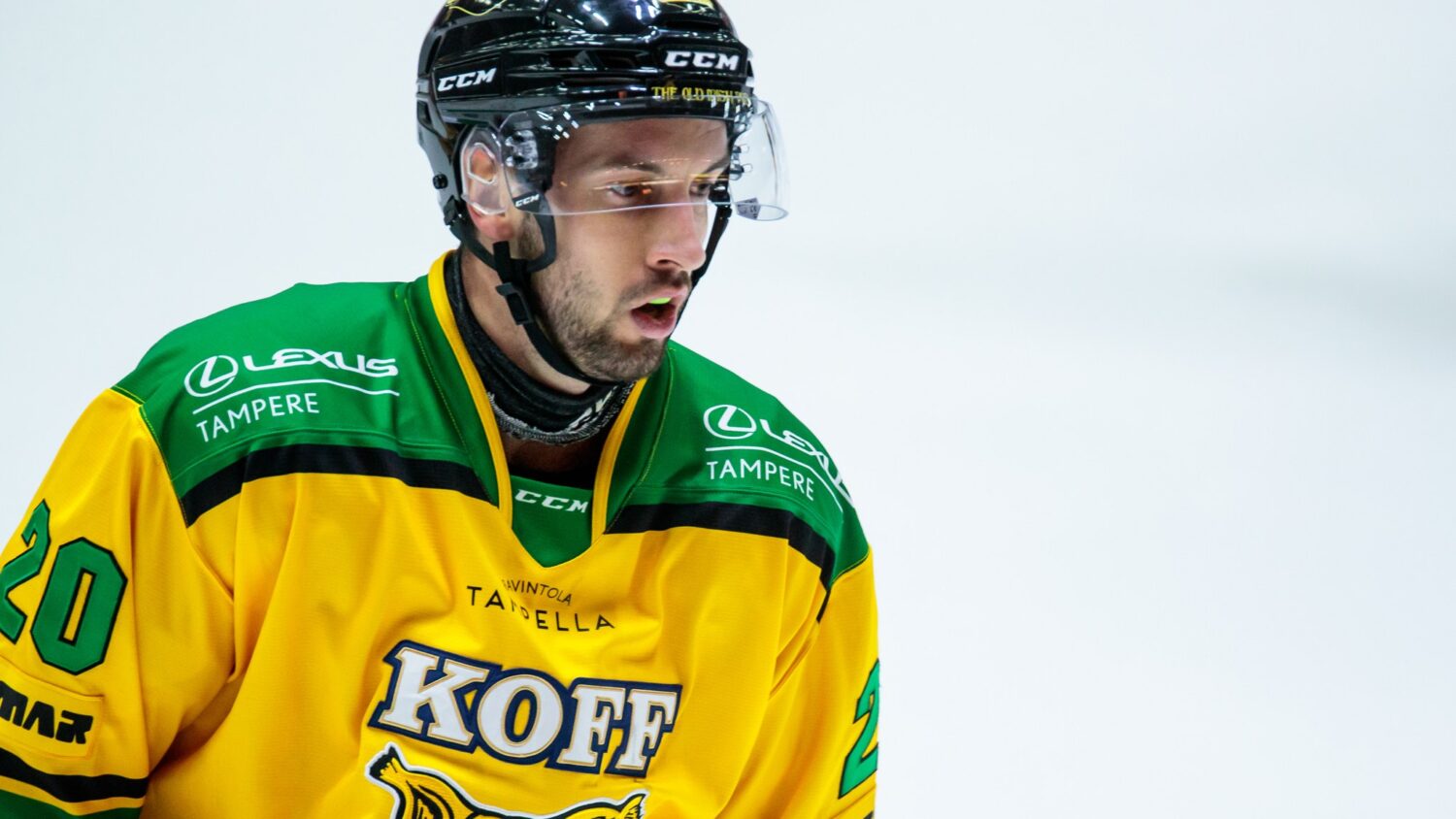 KooKoo gave Ilves their first ‘L’ of the season, resulting end to their three-game winning streak. Matias Maccelli and Joona Ikonen were responsible for Ilves’ goals and Lukas Dostal made 29 saves.

Slow start but improvement towards the end of first period

From the beginning of the match it was obvious that the game will be a close one as two high-quality teams face each other. KooKoo was maybe a bit more dominant with the puck but Ilves’ tight defense made it difficult for the home team to get decent scoring opportunities. However, it was KooKoo that opened the scoring at 8:39 as Trevor Mingoia had an open net after Ahti Oksanen shot a challenging wrister towards Dostal’s pads. The rebound found its way right into Mingoia’s stick blade after a sharp counterattack.

Ilves found their way quickly back into the game as their powerplay unit got its first chance to even up the score. The powerplay was quite effective and it created a few great opportunities but at this point they were not rewarded. Juuso Välimäki hit the post with a shot from the blueline and Ville Meskanen gave a sweet pass for Arttu Ruotsalainen but KooKoo’s goalie Victor Brattström got in front of the puck.

After a decent powerplay Ilves controlled the puck more and created a couple more chances even strengthened. Also, the forechecking started to find its way and KooKoo had hard times building offense. Although KooKoo had a short powerplay opportunity right at the end of first period, Ilves’s penalty kill was on point so no extra goals were made.

After four minutes of gameplay in the second period Ilves had a second opportunity to tie the game when KooKoo suffered a penalty for having too many men on ice. Powerplay was not as promising as it was the first time and, in fact, it was the home team that capitalized their powerplay opportunity. A few minutes after the penalty ended, Välimäki headed towards the penalty box for the second time. At 32:35, a long pass by Oksanen surprised Ilves’ penalty kill unit and Kasper Björkqvist shot a sharp wrister past Dostal.

Ilves was not shocked by this and it seemed like that they found another gear to their game. The first line led by forwards Meskanen, Ruotsalainen and Eemeli Suomi had a few great shifts and they were rewarded with another powerplay opportunity. At 37:32 defenseman Santeri Hatakka was tripped and, for a brief moment, it seemed that Ilves scores during delayed penalty as they had a strong grip of the game. Still, no goal on sight.

When the powerplay was nearing its end, Matias Maccelli scored Ilves’ first goal of the game. At 39:25 Maccelli’s well-known hard wrist shot found its way past Brattström. KooKoo’s goalie had no chance to stop the puck as Panu Mieho made sure that the goalie sees nothing but the back of his jersey.

The third period included a lot of penalties. KooKoo was a bit sharper at the beginning but it was Ilves who got the next goal of the game. The true architect was Välimäki who witnessed KooKoo’s second goal from the penalty box. The prospect of Calgary Flames showed great patience with the puck as he moved away from the blueline, went around KooKoo’s goal and gave an accurate pass to Joona Ikonen who was right at the blue painted area. At 44:48 Ikonen showed determination as he calmly tipped the puck past Brattström although he was surrounded by KooKoo players. A thrilling finish was guaranteed as the game was tied and there was plenty of hockey left to be played.

KooKoo took charge of the game as Ilves took way too many penalties right after another. First, at 46:02, Mieho took a minor for interference and shortly after that Jarkko Parikka had a double minor (2+2min penalty) for high-sticking. Mieho had just suffered his penalty but then KooKoo’s powerplay struck as Björkqvist tipped the puck past Dostal at 48:28.

The penalties kept on coming both ways. At 48:54 Björkqvist got a minor for tripping and shortly after Hatakka was sent to the penalty box. Dostal kept the game close as KooKoo had a 4v3 powerplay opportunity. Overall, Dostal made 29 saves (13 in the third period) and KooKoo’s Brattström stopped the puck 24 times, just seven times in the third.

Around five minutes left of the regulation, Parikka hit the post and this was the closest Ilves would get. At 57:15 Alexander Bonsaksen got a minor penalty and Ilves got a great chance to tie the game. The air was filled with excitement when Ilves had an empty net and it felt like we would see overtime. At the end, it’s the goals that matter and KooKoo’s Vilmos Gallo scored an empty netter which resulted a 2-4 loss for Ilves. Not the result we wanted but a decent game of hockey for sure.