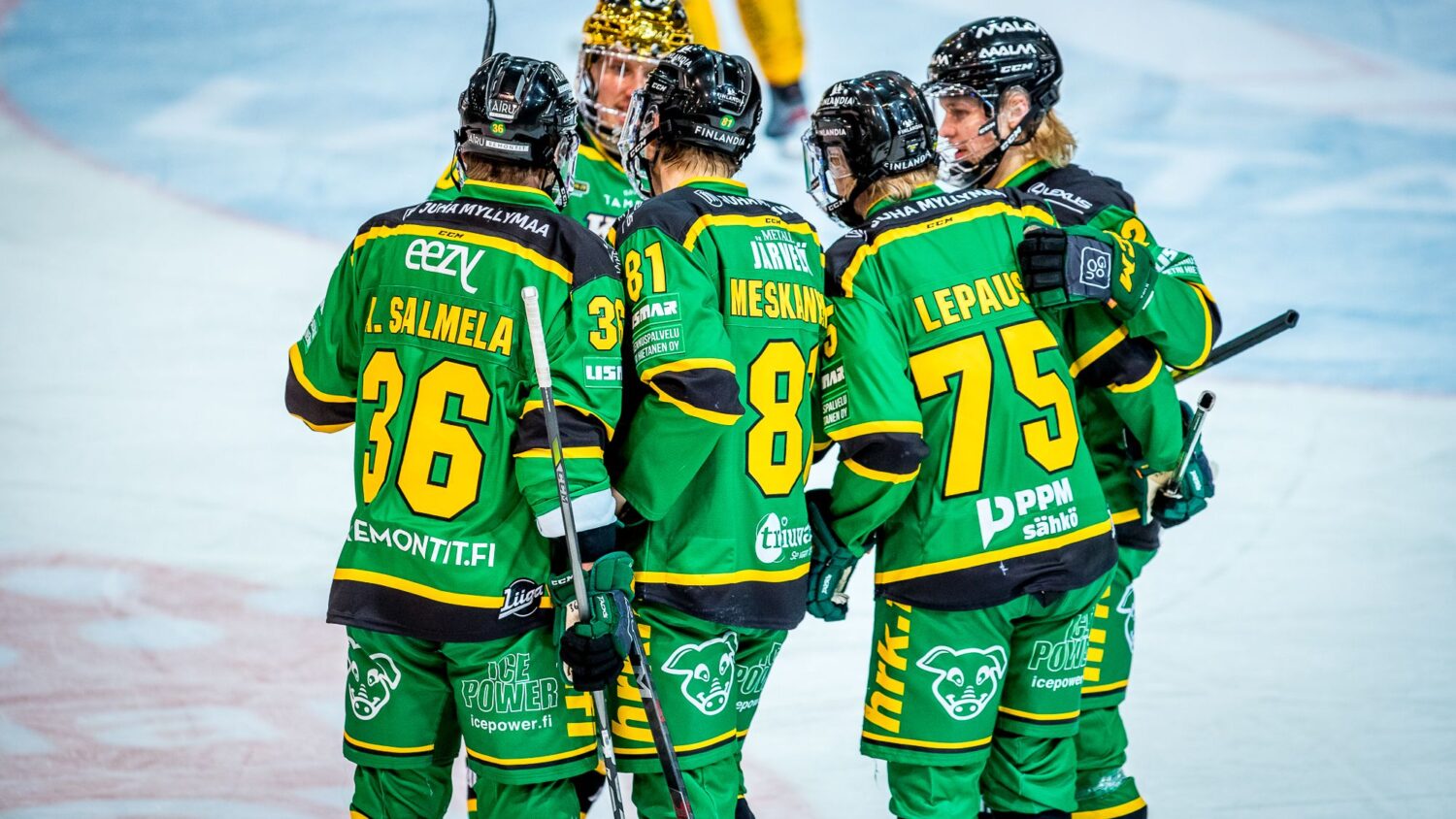 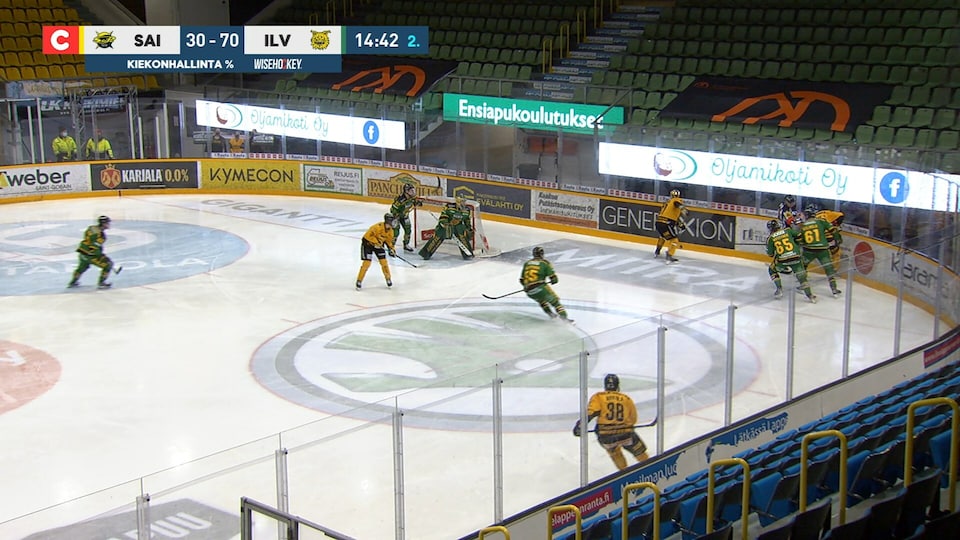 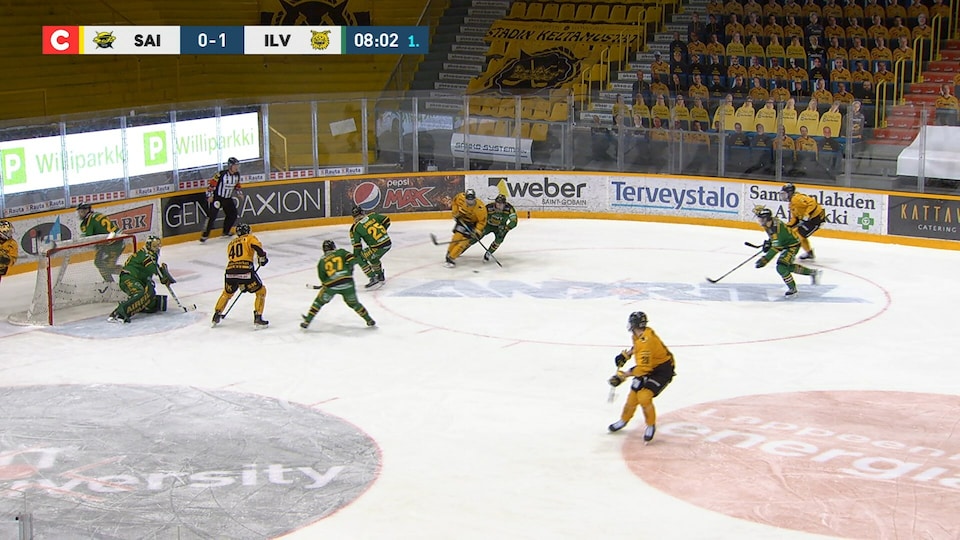 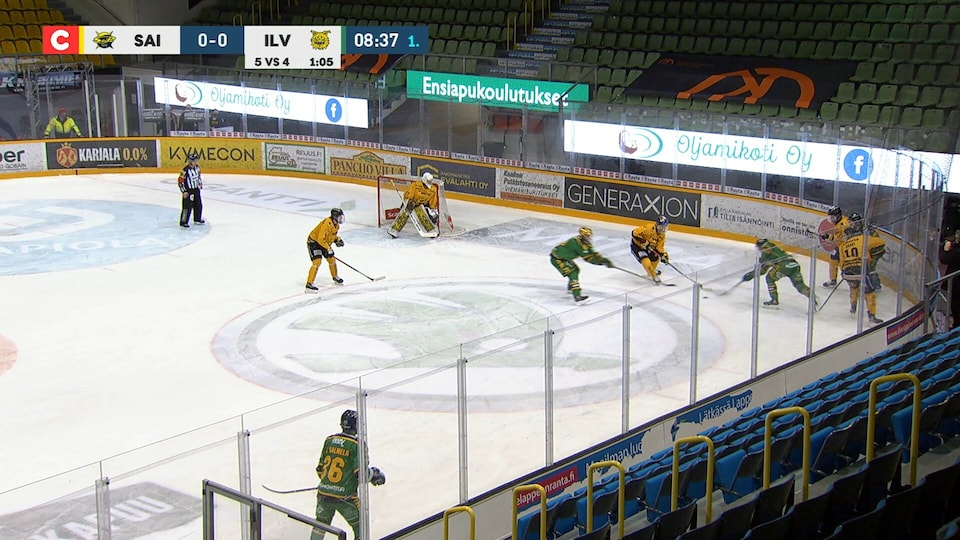 On Wednesday night Ilves faced SaiPa in Lappeenranta and played a strong game, which in the end lead to a 1-2 win for Ilves.

Right from the start Ilves showed determination to continue this week’s winning streak in Lappeenranta and didn’t give the opposing goalie a moment’s peace. But Ilves’ goalie Eetu Mäkiniemi couldn’t sit back either, because although Ilves attacked more often, SaiPa wasn’t far from hitting the puck into the net either.

A shot by Antonen initially went over the goal, but Ilves had another chance shortly after when one of Saipa’s players was sent to the penalty box. While numerically superior, Ville Meskanen managed to score the first goal in 11:34 and gave Ilves the lead. Less than a minute later, Eetu Päkkilä launched an attack and promptly scored the second goal in 12:06.

With that, the first round ended with a score of 0-2, and Ilves clearly ahead.

Back on the field, Ilves got the advantage right at the start, playing a total of 4 minutes of 5-on-4. Although the players came close to the opponent’s goal, the chance passed without a goal being scored. Back to full strength, SaiPa launched an attack on Ilves’ goal and Simo-Pekka Riikola hit the puck from the middle past Mäkiniemi into the net, changing the score to 1-2 in 20:35.

SaiPa continued to attack, but Mäkiniemi blocked every shot and prevented an equalizer. Finally, Ilves won the puck back, but after several unsuccessful attempts, the second period ended with the 1-2 score.

The third period of the game became exciting once again as both teams directed the puck equally at each other’s goal. As before, Ilves kept the upper hand, easily overcoming two penalty minutes as well.

The game continued without any more goals and slowly time ran out. Shortly before the end, SaiPa replaced their goalkeeper with an attacker, but Ilves stood up well to that as well.

The match finally ended 1-2, thereby giving Ilves their fourth victory in a row.