Back in business with a victory over Sport 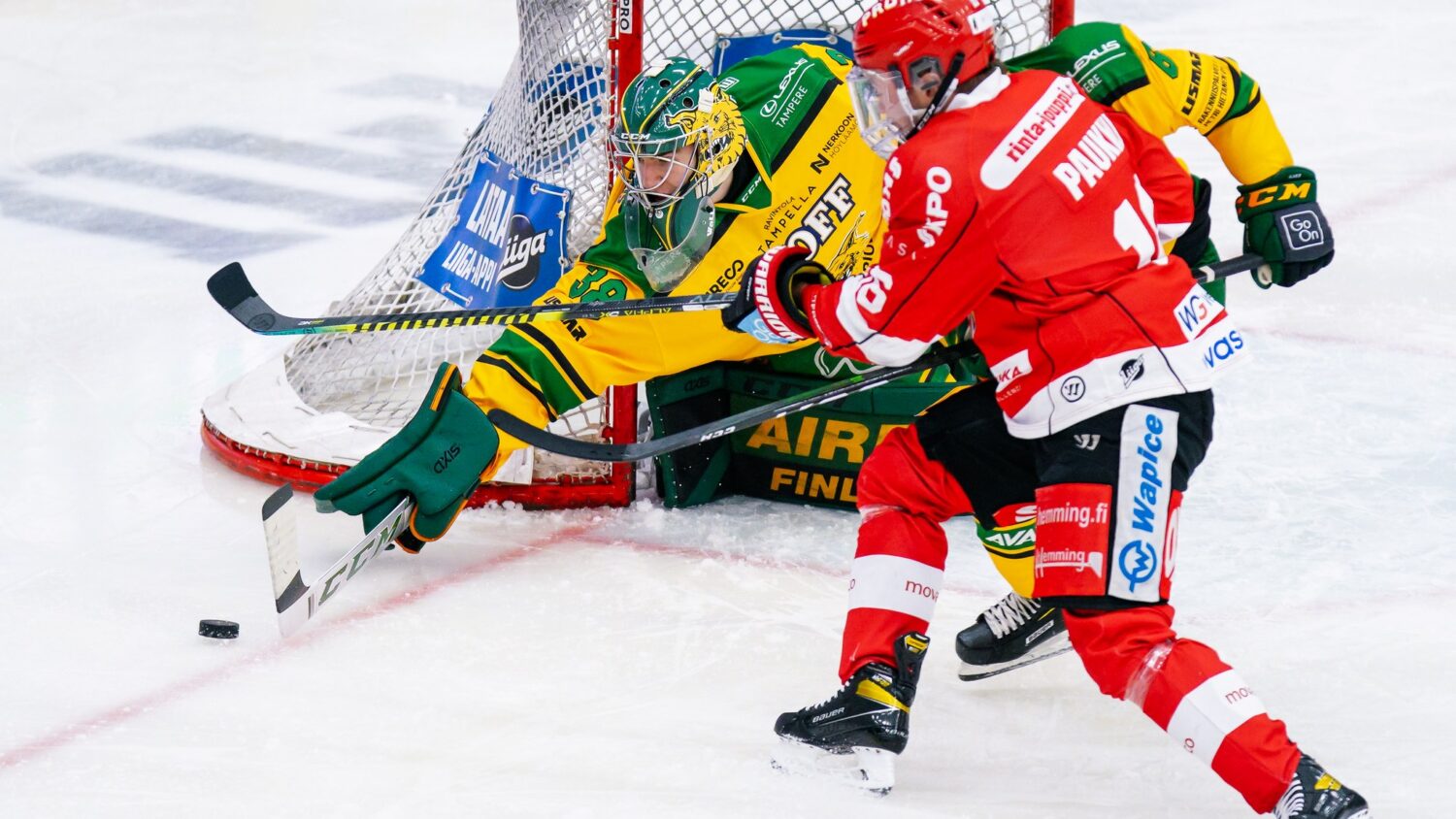 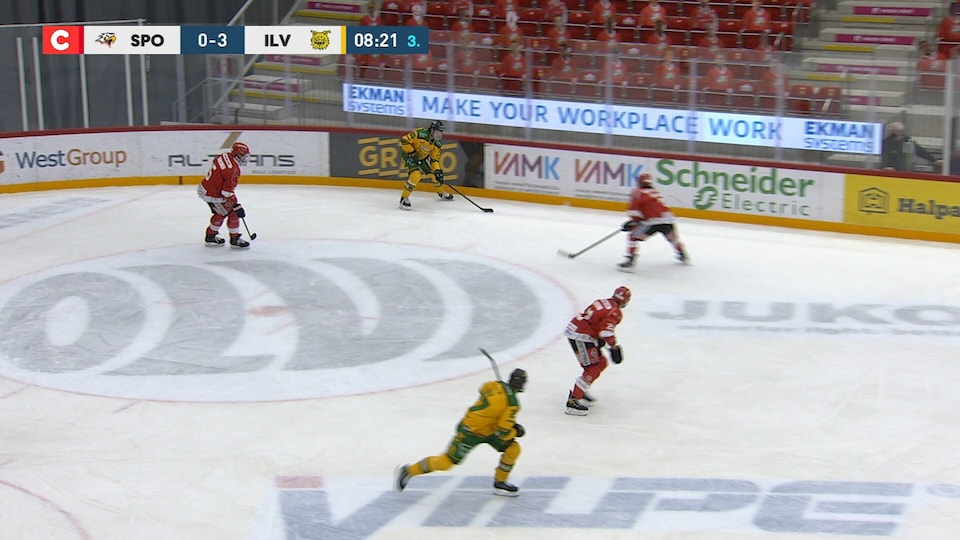 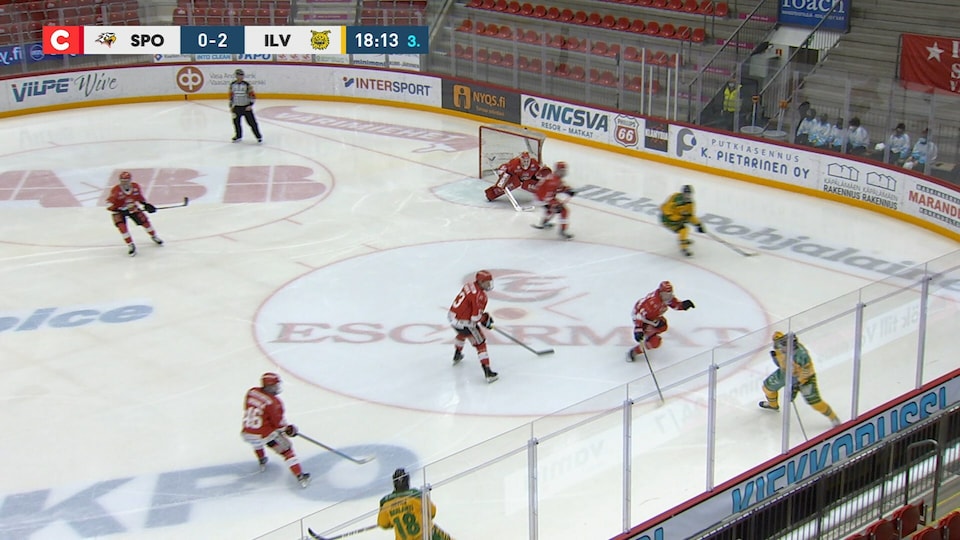 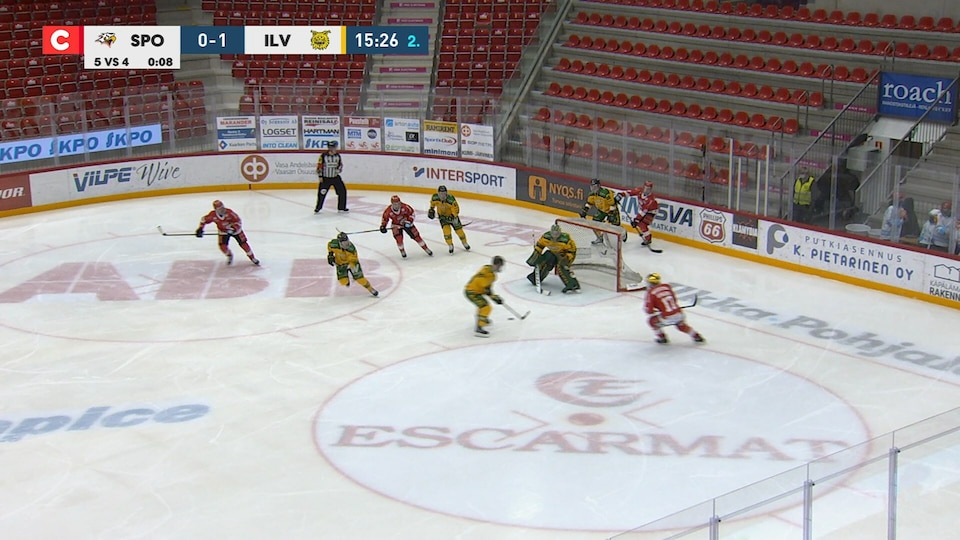 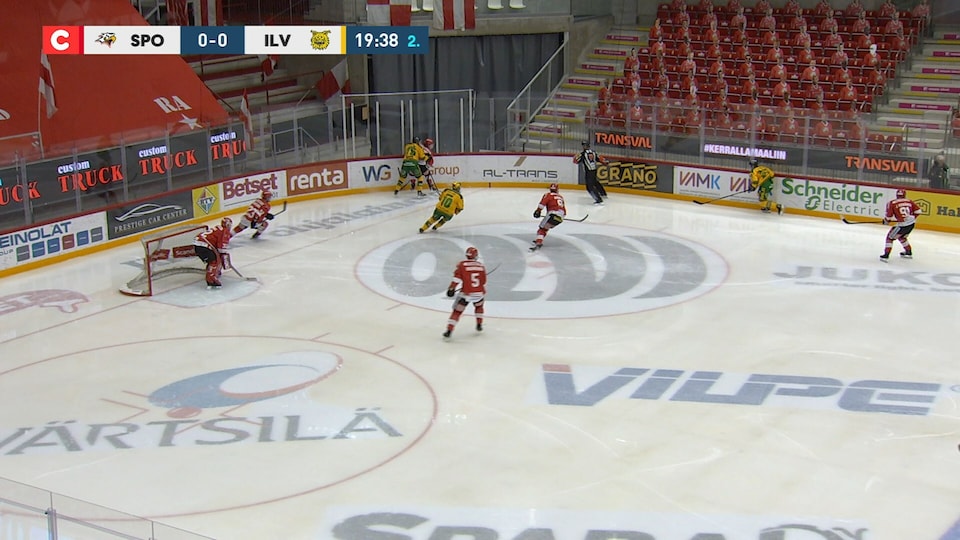 Ilves traveled to Vaasa to play against Sport in an important match. Ilves needs more points to secure a good spot in the standings for the playoffs, and because the team had just now ended their quarantine, this game was going to be interesting from the start.

Ilves started very energetically, and the game was hectic. Neither team could create long attacks. Ilves got to test Sport’s penalty kill unit early on, but the highlight of those two minutes happened in the other end where Eetu Mäkiniemi stopped a Sport player’s breakaway attempt.
Ilves’ Antonen and Myttynen created an amazing scoring chance, but the redirection went just past the goal post. Ilves’ next shot attempts stopped at the Sport defense, and another powerplay resulted in no goals either. In the last seconds, Sport got close to scoring when the puck dangerously bounced near Ilves’ goal line, but Mäkiniemi cleared it.
Ilves had a lot of energy after the two-week break, but the game lacked cohesion. There were no goals for either team in the first period.

Explosive start to the second

Ilves scored 30 seconds into the second period! Eemeli Suomi snapped the puck past the Sport goalie after nice passes from his line mates. 0–1 and suddenly Ilves’ finishing ability looked much better. Sport had a powerplay, but they didn’t succeed. And then Miro Nalli stole spotlight: right when the penalty ended, he broke away from the Sport defenders and scored! The score was already 0–2 for Ilves in a few minutes.
Sport had several dangerous chances, but they could not find a way to get past Mäkiniemi. Sport goalie Niko Hovinen made great saves too on Ilves’ couple of fantastic chances in the last minutes. Ilves was slightly more dominant in this period, but it was the goalies who kept both teams in the game.

Again, the start of the period was amazing for Ilves. Joni Ikonen sent a precise pass to Eetu Päkkilä who scored with a sharp shot. Ilves extended their lead to 0–3 at 41:53. After that, Ilves defended well and protected the lead.
Sport got to test Mäkiniemi a little. At one point the puck ended up on the top of his net, but Ilves players cleared it away. Other times Mäkiniemi performed admirably, and Ilves looked more and more like a winning team.
Matias Maccelli scored the 0–4 goal after a sequence of exhilarating scoring attempts from both teams. That goal sealed Ilves’ victory, and even a powerplay didn’t restart Sport’s comeback anymore. Ilves won 0–4 and secured three important points for the playoff race. 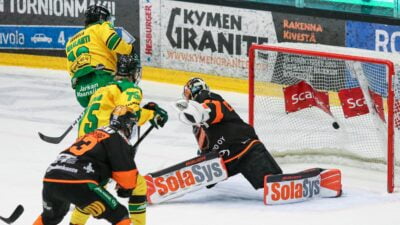 On Thursday night Ilves wowed with a dream start in their first playoff game against KooKoo. Despite a strong opponent, the team managed to bring... 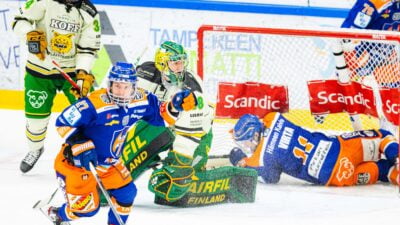 Ilves had the edge over Tappara as they had won all the previous four derby games this season. Ilves started well but Tappara turned the... 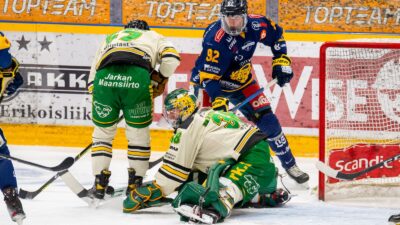 An unfortunate loss in Rauma after a thrilling game

Lukko hits first Despite the great start by Ilves and its sole dominance, Lukko´s Pavol Skalicky managed to score the opening goal of the game...