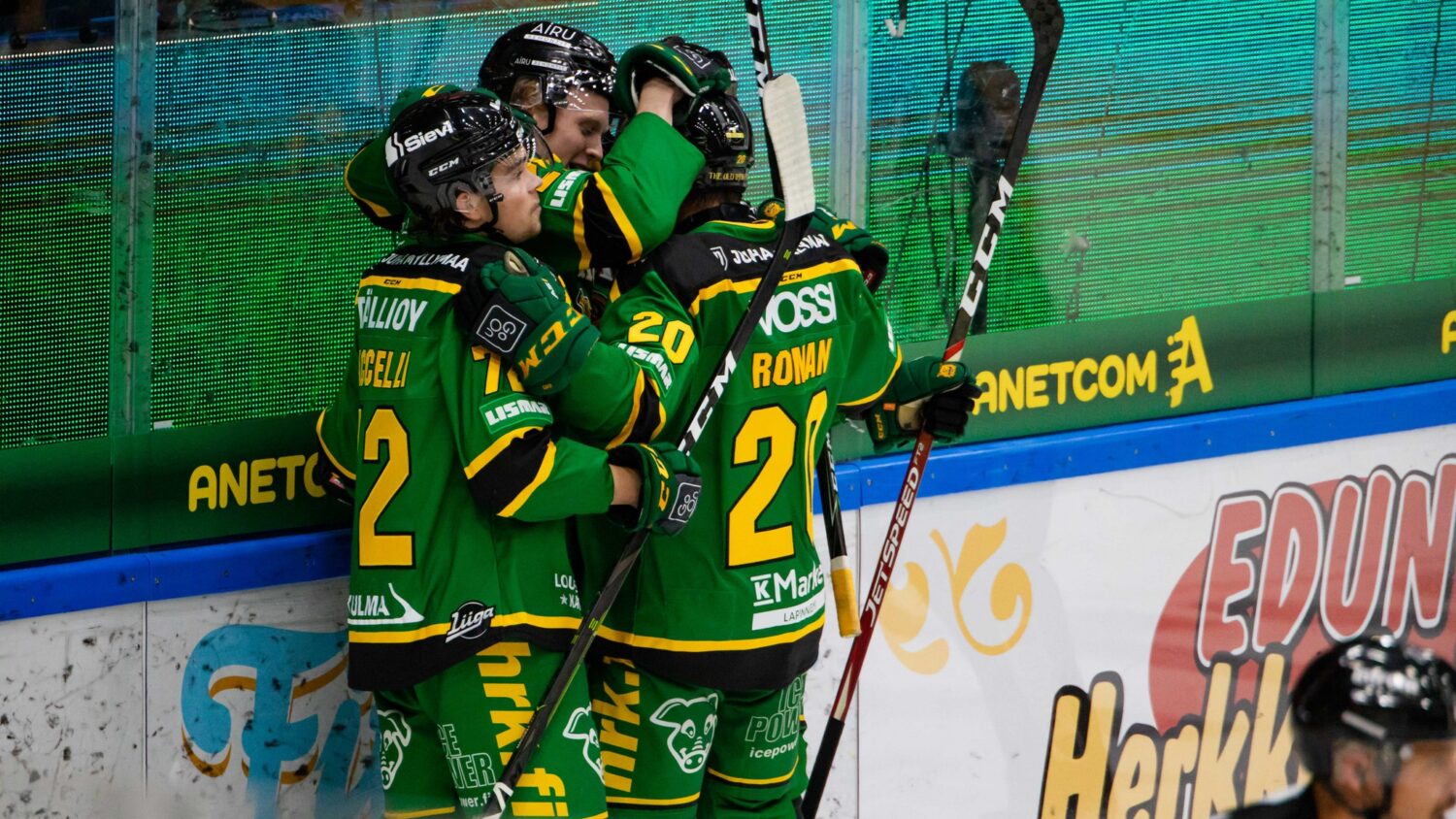 Ilves grabbed three points in the season kickoff against SaiPa in Hakametsä on Friday, October 2nd. Ilves defeated SaiPa 2-1 with the goals finished by Ville Meskanen and Roby Järventie.

The first period started with Ilves´ controlling the events on the ice. Already after around a minute Ville Meskanen got a clear scoring opportunity but failed to capitalize on this. Soon after Lassi Thomson´s sharp wrister hit close and also Joona Ikonen got a fair chance for scoring from  but Matej Tomek (SaiPa´s goalie) stood tall. Saipa got its first opportunities only after five minutes but Ilves´ Lukas Dostal kept the numbers in 0-0.

Fairly said, Ilves was dominating the game Juuso Välimäki, playing his first League game for Ilves after the loan agreement was signed with Galgary Flames, got a great scoring opportunity, thanks to the moderate puck handling by Matias Maccelli in the Central, but once again Matej Tomek made a vital save. Moreover, in the 8th minute our Czech attacker Ondrej Roman shooted twice, however and unluckily for us, these tries ended up unsuccesfully.

The first statistic of the game got marked at 08:01 when SaiPa´s Jaakko Lantta got a penalty for tripping. Ilves´ power play was smooth but still no goals at this point. In the 12th minute Tomak succesfully defended Panu Mieho´s great shot. On the opposite side of the rink Ilves´ Lukas Dostal got to show off his skills by blocking Elmeri Kaksonen´s great shot.

At the very end of the first period SaiPa still got a power play chance when Arttu Ruotslainen received a somewhat controversial penalty for holding. However, the first period offered no goals.

SaiPa´s power play unit did not capitalize. Ilves, in turn, got its second power play opportunity at 23:56 after SaiPa´s Veeti Vainio being penalized for tripping. Samuli Vainionpää was already played half through but Matej Tomek blocked his sharp backhand shot.

Finally, Ilves succeeded in utilizing its power play when Ville Meskanen scored at 24:38. Ilves´ captain Eemeli Suomi sent the puck close to the goal post from where Meskanen collected it and scored the opening goal. To the same token, Ilves was again offered a power play chance after SaiPa´s Joni Niko got a two minutes penalty for high-stick. Again, Eemeli Suomi offered a great scoring opportunity but Joona Ikonen´s shot hit the goal post. Right after, at 26:35, also SaiPa´s Markus Kojo was sanctioned with two minutes penalty for cross-checking.

Right after the last power plays it was time for Ilves´ second score and ´We Are The Kings´ was playing again in Hakametsä. Ondrej Roman passed the puck to Roby Järventie, right in front of the SaiPas´s net, who then scored 2-0 for Ilves at 28:42.

Ilves´ goal stayed untouched also until the end of the period. Lukas Dostal made a one amazing save and got the deserved applause from the audince after the shot. SaiPa continued to push pressure on Ilve after Santeri Hatakka being penalized for cross-checking at 36:21. However, Ilves survived and was holding tight for its 2-0 lead.

Ilves keeping hold of its win

During the starting minutes of the third period SaiPa was having a slightly better control over the game but no actual top spots were opened up for them.

Both SaiPa´s Elmeri Kaksonen and Ilves´ Arttu Ruotsalainen got an opportunity to change numbers during the last ten minutes of the game but at the end, no scores for them. At 52:00 SaiPa´s Jacob Moverare was sent to the showers after a rough kneeing Ilves captain Eemeli Suomi who luckily avoided the roughest possible contact. However, Ilves got a five minute power play out of this situation.

At 53:41 it was Markus Kojo´s turn to be penalized for cross-checking as well as for roughing with 2+2 minutes. However, SaiPa survived shorthanded and this great advantage of Ilves was left unused.

Away team used its time-out at 58:51 and after a short moment it was playing with six skaters. This time it paid off and Jaakko Lantta scored at 59:18. However, regardless of its great effort with six players on the rink SaiPa could not reach Ilves and Hakametsä was celebrating the first home win of the season. A solid 2-1 victory and three points for Ilves.

Tomorrow (Satuday 3rd) Ilves is heading to Helsinki for an away game against HIFK. The game starts at 17 pm. 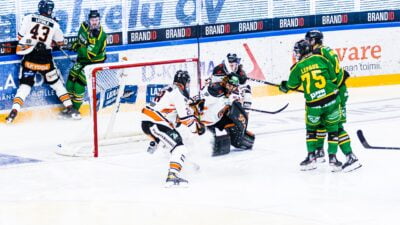 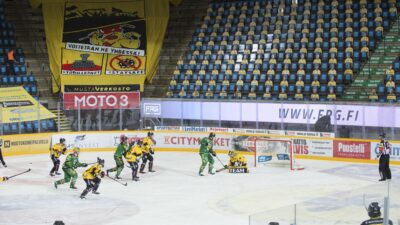 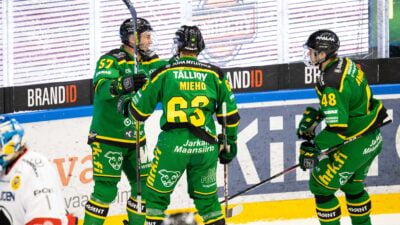